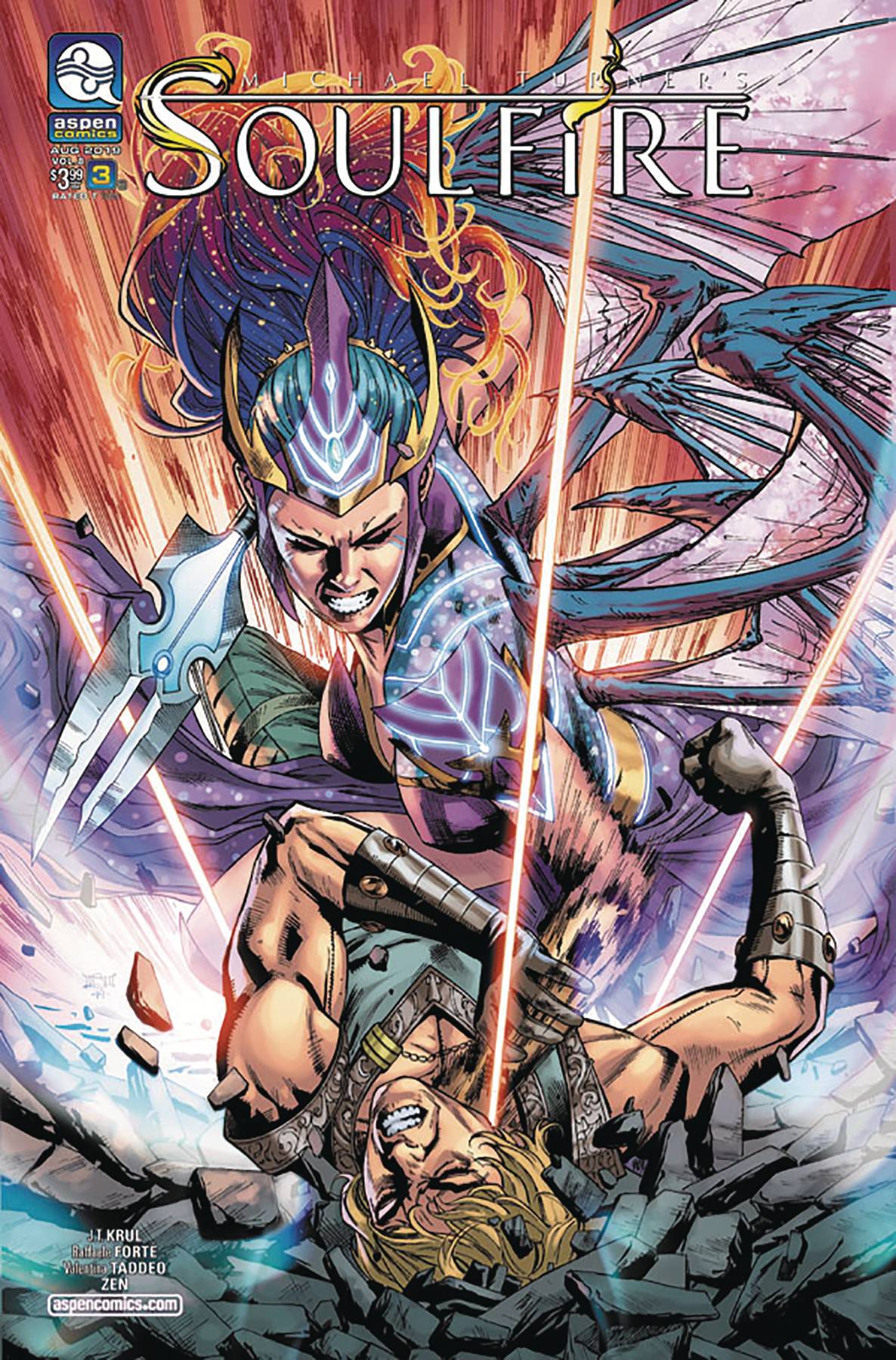 #
JUN191477
(W) J. T. Krul (A) Raffaele Forte (CA) Michael Sta. Maria
Soulfire is back with its biggest story-and greatest challenge to its heroes ever!
The bloody and contemptuous War of the Light rages on-but nothing can prepare either side for the biggest team-up in the history of the Soulfire universe! Grace and Rainier. Side-by-side! Enough said!

Veteran Soulfire scribe J.T. Krul (Soulfire, Jirni) returns and teams up with rising star Raffaele Forté and colorist Valentina Taddeo (Aspen Visions: Soulfire) in this magical world-shattering new volume that will change the face of everything you know about the Soulfire Universe!
In Shops: Aug 28, 2019
SRP: $3.99
View All Items In This Series
ORDER SUBSCRIBE WISH LIST