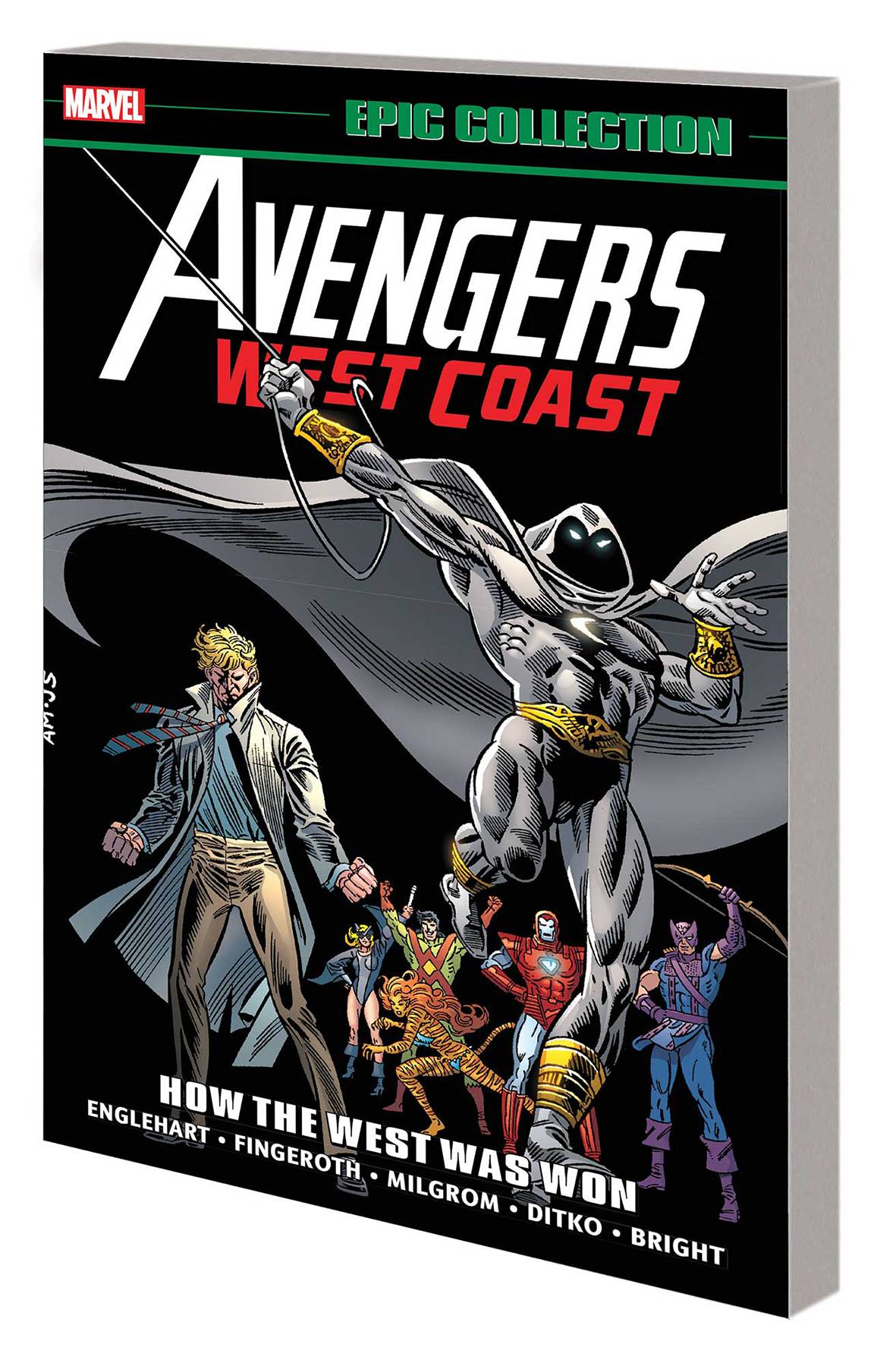 #
JUN191066
(W) Steve Englehart, Mark D. Bright, Danny Fingeroth (A) Mark D. Bright, Steve Ditko (A/CA) Al Milgrom
The West Coast meets the Old West! Firebird finds herself in the middle of a fight between the Rangers and the Avengers - but will she become the sixth Whacko, or will the Thing? Menaces mount - including Master Pandemonium, Headlok, Griffin and Graviton - while Tigra and Hellcat team up against Tiger Shark! Meanwhile, Hank Pym battles his demons - but who will be his savior? Then, a time-warping terror leaves the West Coast Avengers trapped in the past! Hawkeye meets old friends Two-Gun Kid and Rawhide Kid, but another Western legend spells big trouble for Mockingbird! The sprawling space-time saga spreads to ancient Egypt as the Whackos travel ever further back in time - but what role will Moon Knight play? And will the team ever find its way home? Collecting WEST COAST AVENGERS (1985) #8-24 and ANNUAL #1, and AVENGERS ANNUAL #15.
Rated T
In Shops: Sep 18, 2019
SRP: $39.99
ORDER WISH LIST