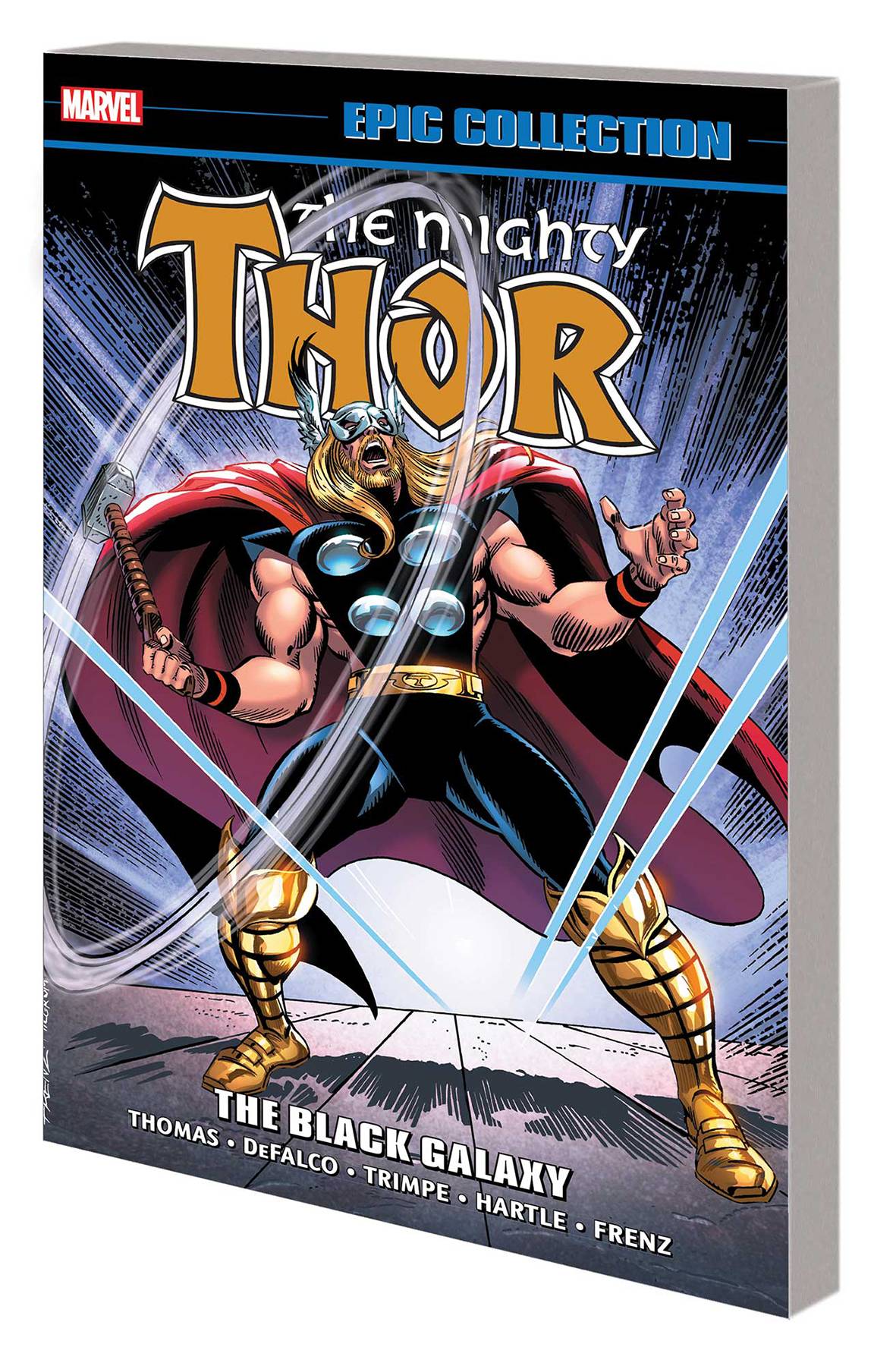 #
JUN191065
(W) Tom DeFalco, Ron Frenz, More (A) Gary Hartle, More (A/CA) Ron Frenz
If death be his destiny! When the High Evolutionary plans a new race of immortals in the Black Galaxy, Hercules and the Celestials play a part in a spacefaring saga with major implications for Thor - and his new mortal host, Eric Masterson! Thor will experience flame, frost and fury courtesy of Surtur and Ymir - but will a new god take charge of Asgard? On Earth, Code Blue serves and protects New York from superhuman dangers like the Wrecking Crew - but things get out of hand when Thor and Excalibur take on the unstoppable Juggernaut! And when Loki crosses the line, Thor commits an unspeakable act - and the consequences leave Eric Masterson in charge! Can Eric fill the Thunder God's shoes, or will his first outing as a solo hero be his last? Collecting THOR (1966) #419-436 and ANNUAL #15.
Rated T
In Shops: Aug 28, 2019
SRP: $39.99