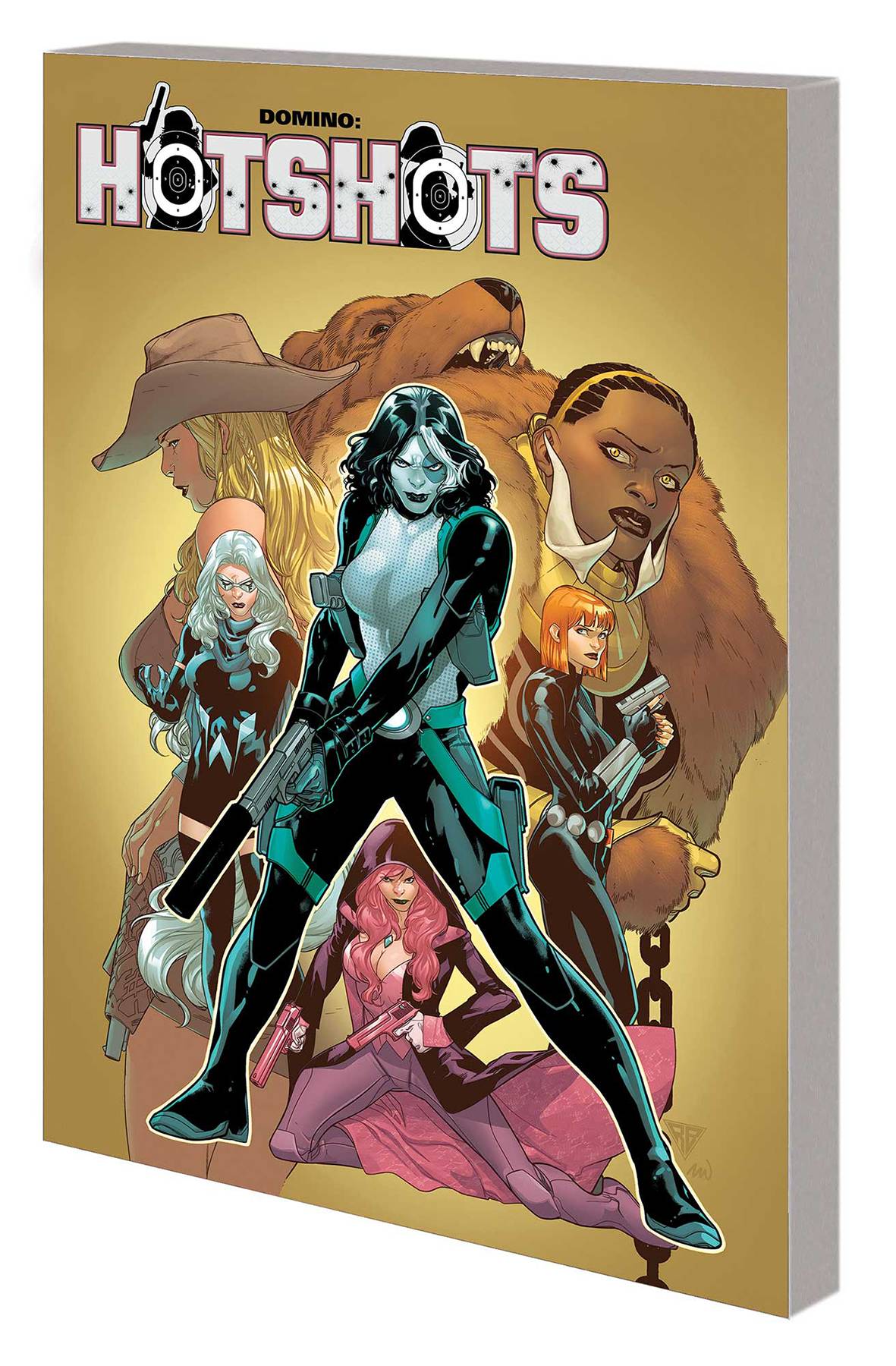 #
JUN191057
(W) Gail Simone (A) David Baldeon (CA) R. B. Silva
Bully, brawler, mercenary, spies! The Marvel Universe's hottest new team is on the scene! When Domino and her pals Outlaw and Diamondback find themselves caught between warring nations, they'll have to call on a whole new crew of international women of mystery - including the Black Widow - to sort it out! But can the newly minted Hotshots survive the arrival of the Merc with a Mouth? Picture it: six undercover, highly trained, armed-to-the-teeth women hunting a device from space that will change life as we know it - but when Deadpool crashes the party, more than just the mission might be blown sky high! The immense power of the Creation Constellation will soon be in reach! But the only thing standing between Domino's squad and its power is...one another! Which of these knockouts is gonna get knocked out?! Collecting DOMINO: HOTSHOTS #1-5.
Parental Advisory
In Shops: Sep 11, 2019
SRP: $15.99