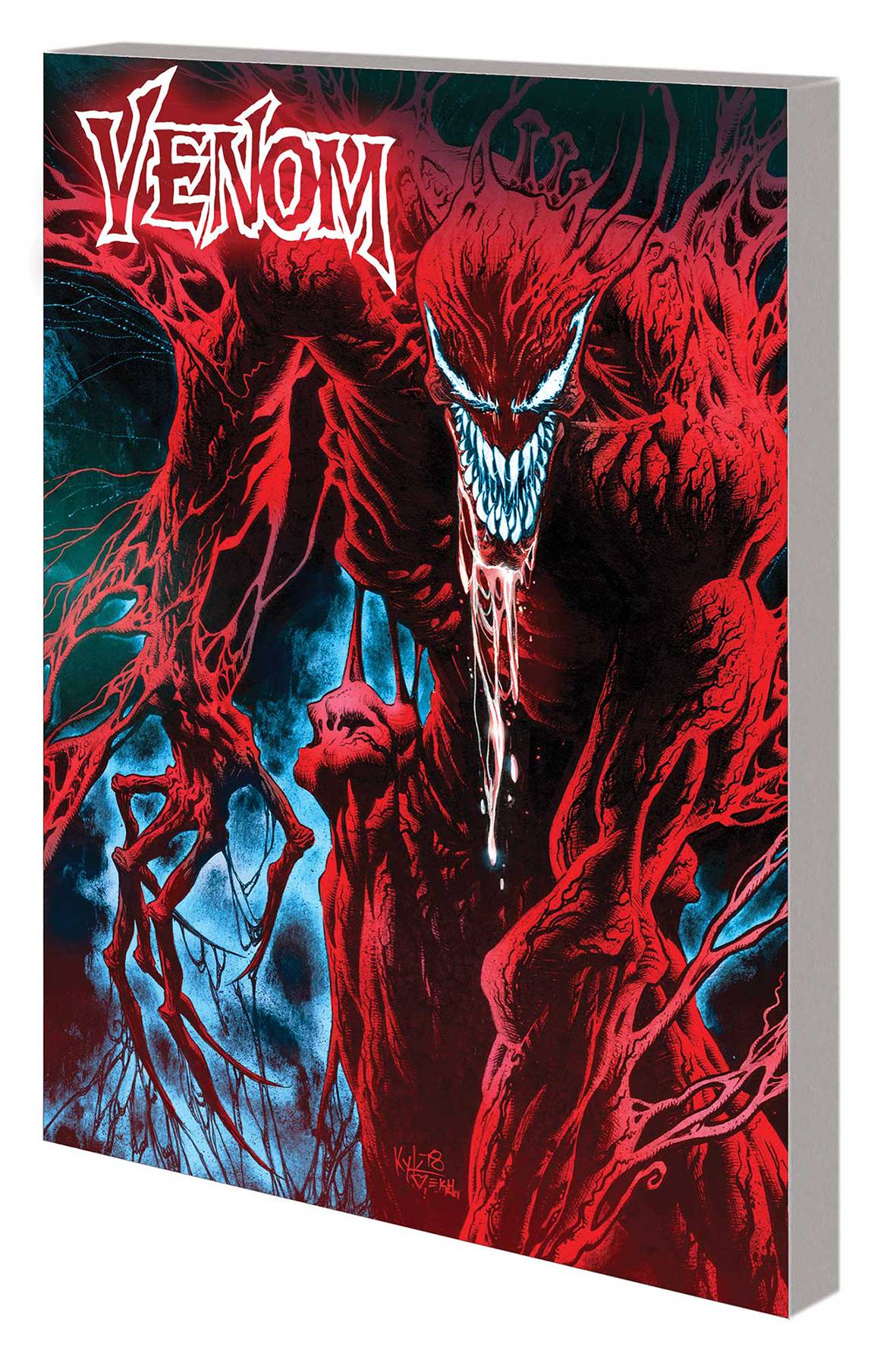 #
JUN191054
(W) Donny Cates, Ryan Stegman, Cullen Bunn (A) Juanan Ramirez, Danilo Beyruth, More (CA) Kyle Hotz
Sinister tales from the web of Venom! First, journey back in time to the United States' struggles in the Vietnam War. Nick Fury needs a secret weapon to turn the tide. But when archaeologists discover an ancient creature, has he found the solution - or a waking nightmare? Then, reacquaint yourself with the sickening sociopath called Carnage! You thought Cletus Kasady was dead - but a cult devoted to the madman has gathered, hoping to resurrect their fallen idol and return his madness to the Marvel Universe! And take a journey through Eddie's old haunts in San Francisco - from the perspective of his alien "other"! But will Andi Benton, formerly the symbiote-wielder known as Mania, join the growing pile of bodies on the path to...ABSOLUTE CARNAGE?! Collecting WEB OF VENOM: VE'NAM #1, WEB OF VENOM: CARNAGE BORN #1, WEB OF VENOM: VENOM UNLEASHED #1, WEB OF VENOM: FUNERAL PYRE #1.
Rated T+
In Shops: Sep 04, 2019
SRP: $17.99
View All Items In This Series