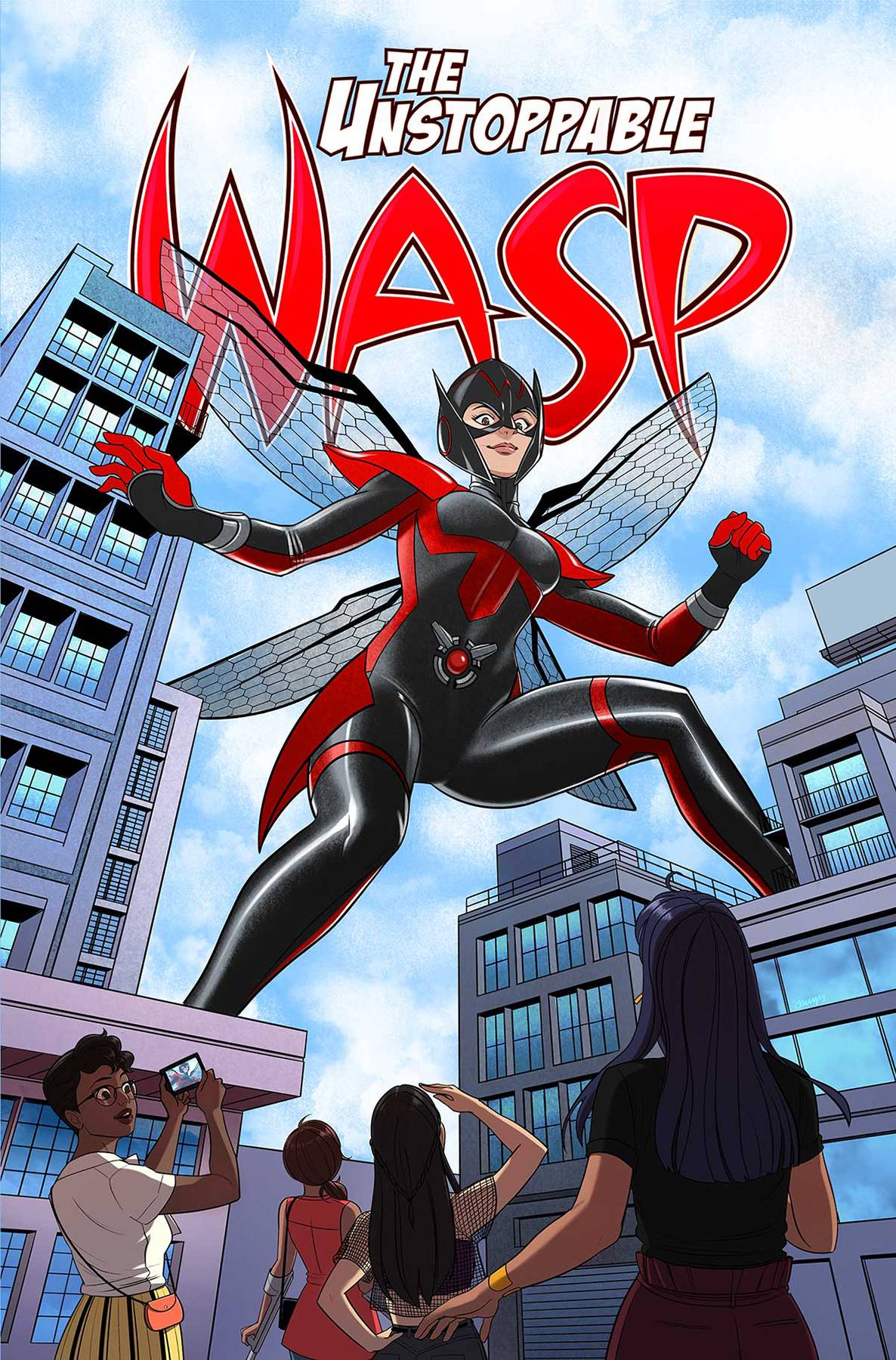 #
JUN191053
(W) Jeremy Whitley (A) Alti Firmansyah, Gurihiru (CA) Stacy Lee
The buzzworthy adventures of the Unstoppable Wasp continue! The agents of G.I.R.L. rally around Nadia Van Dyne as she recovers from a personal crisis that put the whole lab at risk. But after a fateful A.I.M. attack, one of the crew is undergoing some mysterious changes! What newfound danger will bring the Wasp back into action? Then, what do you do when your quasi-adopted stepdaughter reveals she's never had a birthday party - and doesn't even know when her birthday is? Well, if you're Janet Van Dyne - the original Wasp - you throw together the best last-minute birthday party the Marvel Universe has ever seen! But what happens when Bucky Barnes, the Winter Soldier, crashes the party?! Plus: The final showdown between G.I.R.L. and A.I.M. - and only one team of super-scientists can come out on top! Collecting UNSTOPPABLE WASP (2018) #6-10.
Rated T+
In Shops: Sep 11, 2019
SRP: $15.99
View All Items In This Series
ORDER SUBSCRIBE WISH LIST