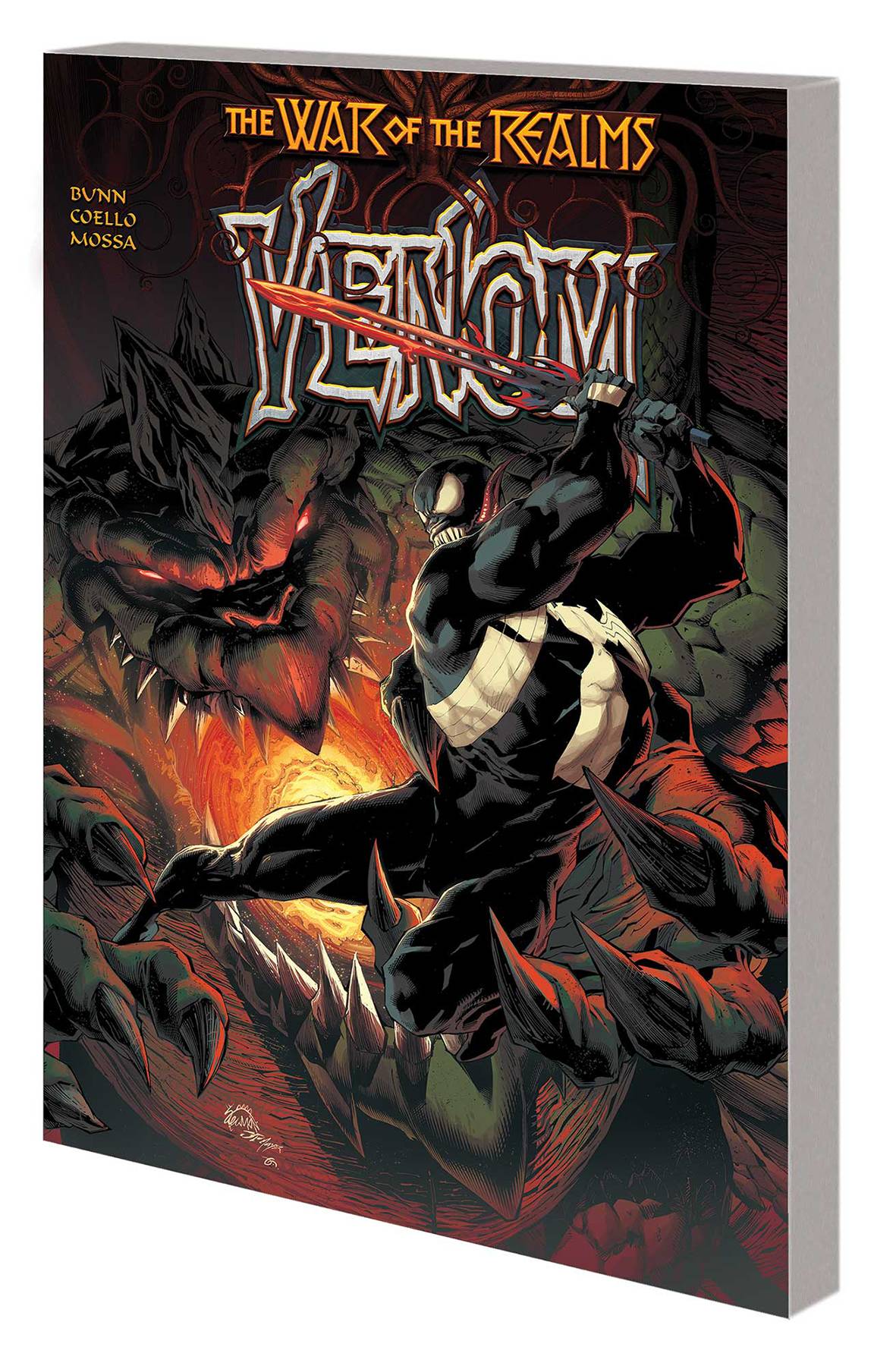 #
JUN191047
(W) Cullen Bunn, Donny Cates, Frank Tieri (A) Iban Coello, Danilo Beyrouth, More (CA) Ryan Stegman
The comics event of the year makes landfall in the world of the wicked web-slinger! As the War of the Realms rages, Venom gets swept up in Malekith's campaign to take over the Ten Realms! The Dark Elf conqueror has designs for the sinister symbiote - and they may prove fatal! While chaos reigns across Manhattan, Venom has teamed up with an unlikely group to try to stop the war - or die trying. Battered, bleeding and at the end of his rope, Eddie Brock may be overwhelmed by Malekith's War Witches and their henchmen! Plus: A new terror rises in the depths of space - even as a terrible evil claims victim after victim on Earth in the name of the killer called Carnage. Collecting VENOM (2018) #13-15 and VENOM: CULT OF CARNAGE.
Rated T+
In Shops: Sep 11, 2019
SRP: $15.99