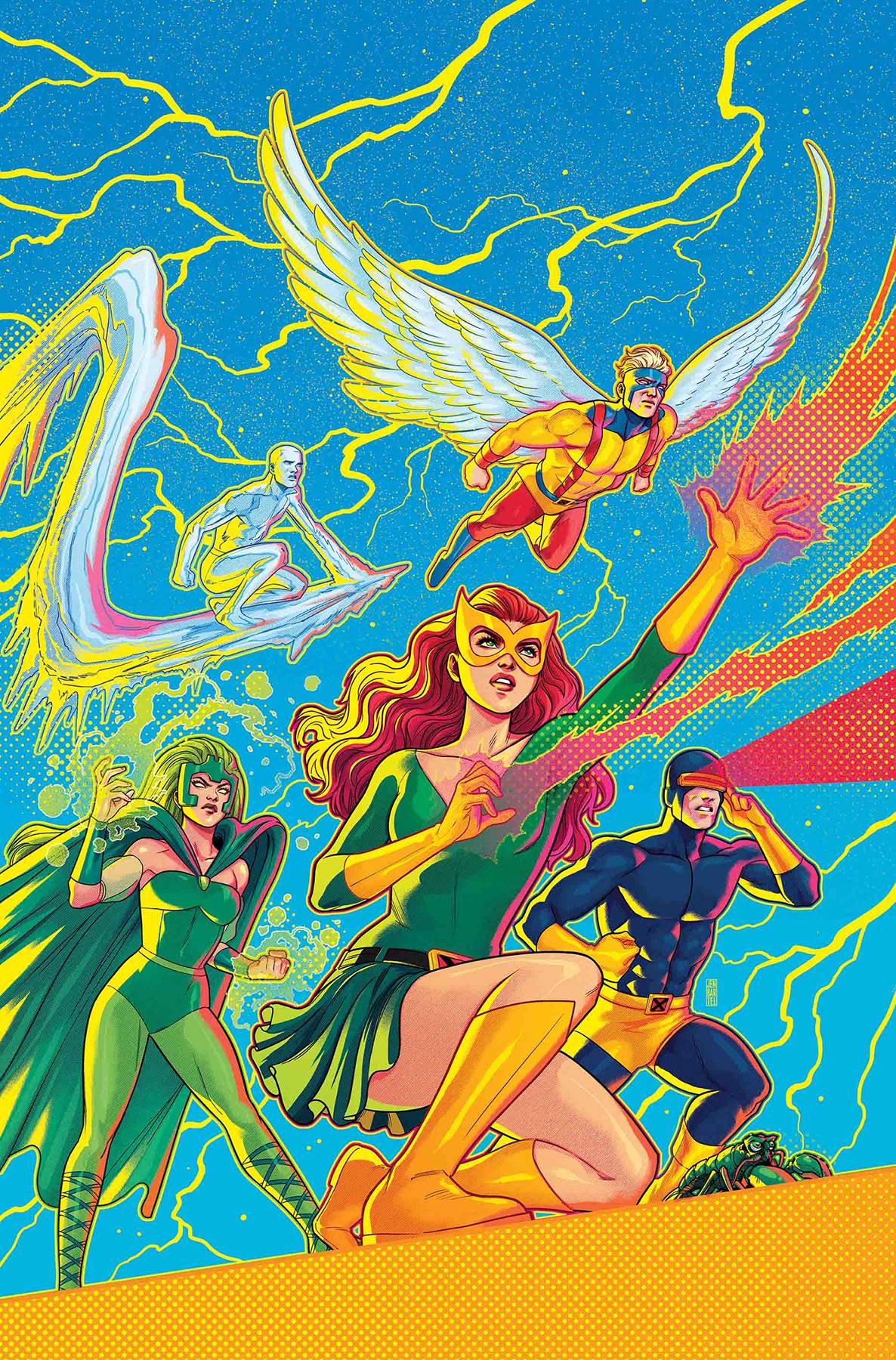 #
JUN190999
(W) Roy Thomas, Jo Duffy, Chris Claremont (A) Neal Adams, Kerry Gammill, Jim Lee, Tom Palmer, Scott Williams (CA) Jen Bartel
The X-Men join the celebration of the House of Ideas' 80th anniversary with the latest issue of the era-spanning MARVEL TALES! This anthology shines a spotlight on fan-favorite characters, features timeless stories and highlights some of Marvel's most impressive talent from the past eight decades. First, Alex Summers suits up as the man called Havok in X-MEN (1963) #58 - a classic tale of the original X-Men by the legendary team of Roy Thomas and Neal Adams! Then, New Mutants' Sunspot and Warlock join a ragtag group of teen heroes - plus the mutant lobsters known as Bill and Don - in FALLEN ANGELS #2 by classic creators Jo Duffy and Kerry Gammill! And finally, Storm powerfully reasserts herself as the captured X-Men face execution in Genosha in UNCANNY X-MEN (1981) #272 by the superstar team of Chris Claremont and Jim Lee!
Rated T
In Shops: Aug 21, 2019
SRP: $7.99
View All Items In This Series
ORDER SUBSCRIBE WISH LIST