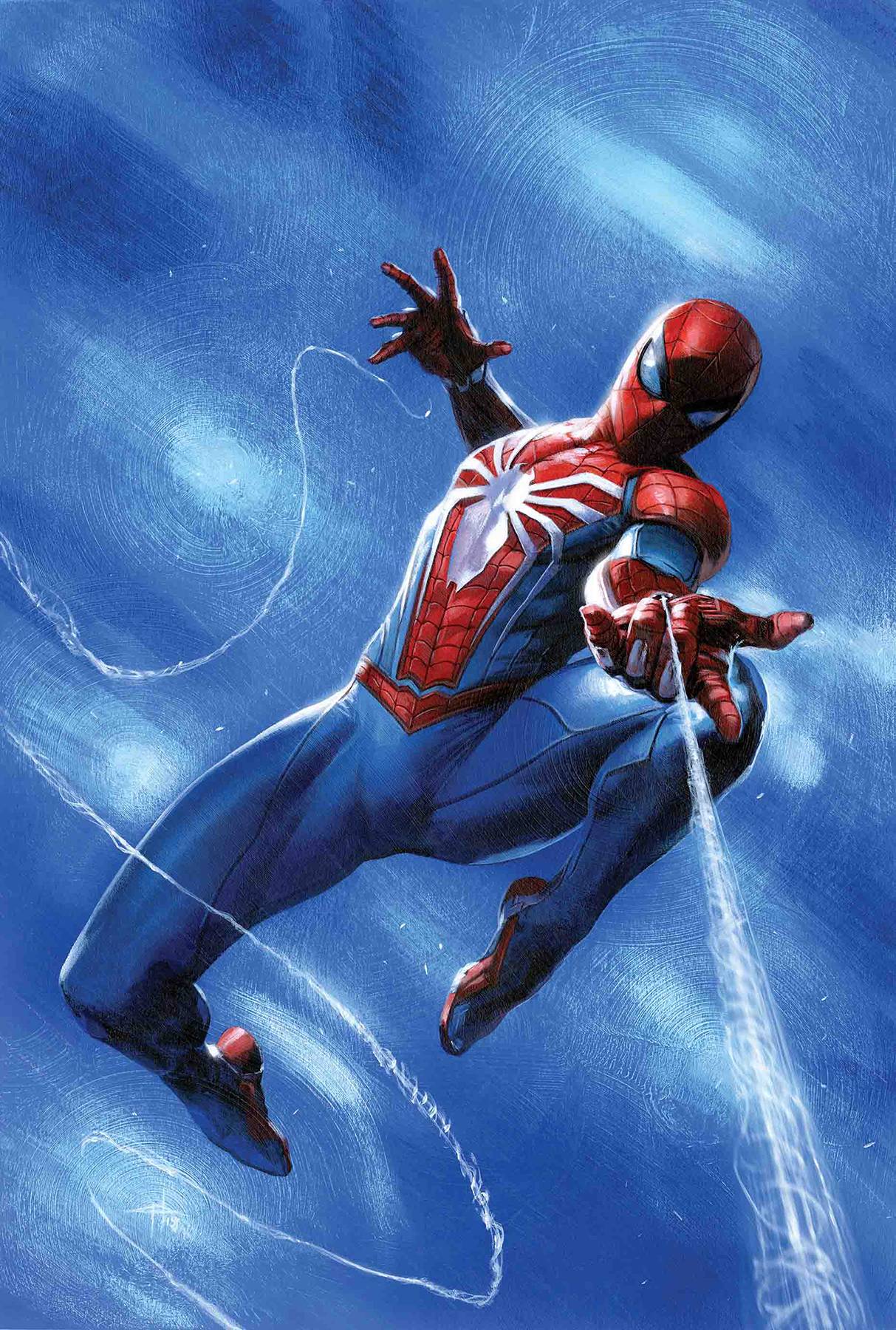 #
JUN190921
(W) Dennis "Hopeless" Hallum (A) Emilio Laiso (CA) Gabriele Dell'Otto
THE FIRST ALL-ORIGINAL STORY SET IN THE GAMERVERSE STARTS HERE!
Dennis "Hopeless" Hallum continues the saga of the spectacular SPIDER-MAN with an ALL-NEW story set in the Gamerverse! How and why did PETER PARKER build the armored VELOCITY SUIT seen in the Marvel's Spider-Man video game? Find out here!
After the events of CITY AT WAR, SPIDER-MAN continues to balance his colliding worlds as he attempts to protect New York City against super villains like SWARM, while reporter MARY JANE WATSON delves deep into an investigation with legendary Daily Bugle journalist BEN URICH. Learn the never-before-told backstory behind the popular VELOCITY SUIT as unexplainable occurrences bedevil the city and our heroes come face-to-face with...a poltergeist?!
Illustrated by Emilio Laiso (CHAMPIONS, STAR WARS: DOCTOR APHRA), with eye-popping covers by the inimitable SKAN, you won't want to miss a panel of the first all-original story following up the worldwide hit video game!
Rated T
In Shops: Aug 28, 2019
SRP: $3.99
View All Items In This Series