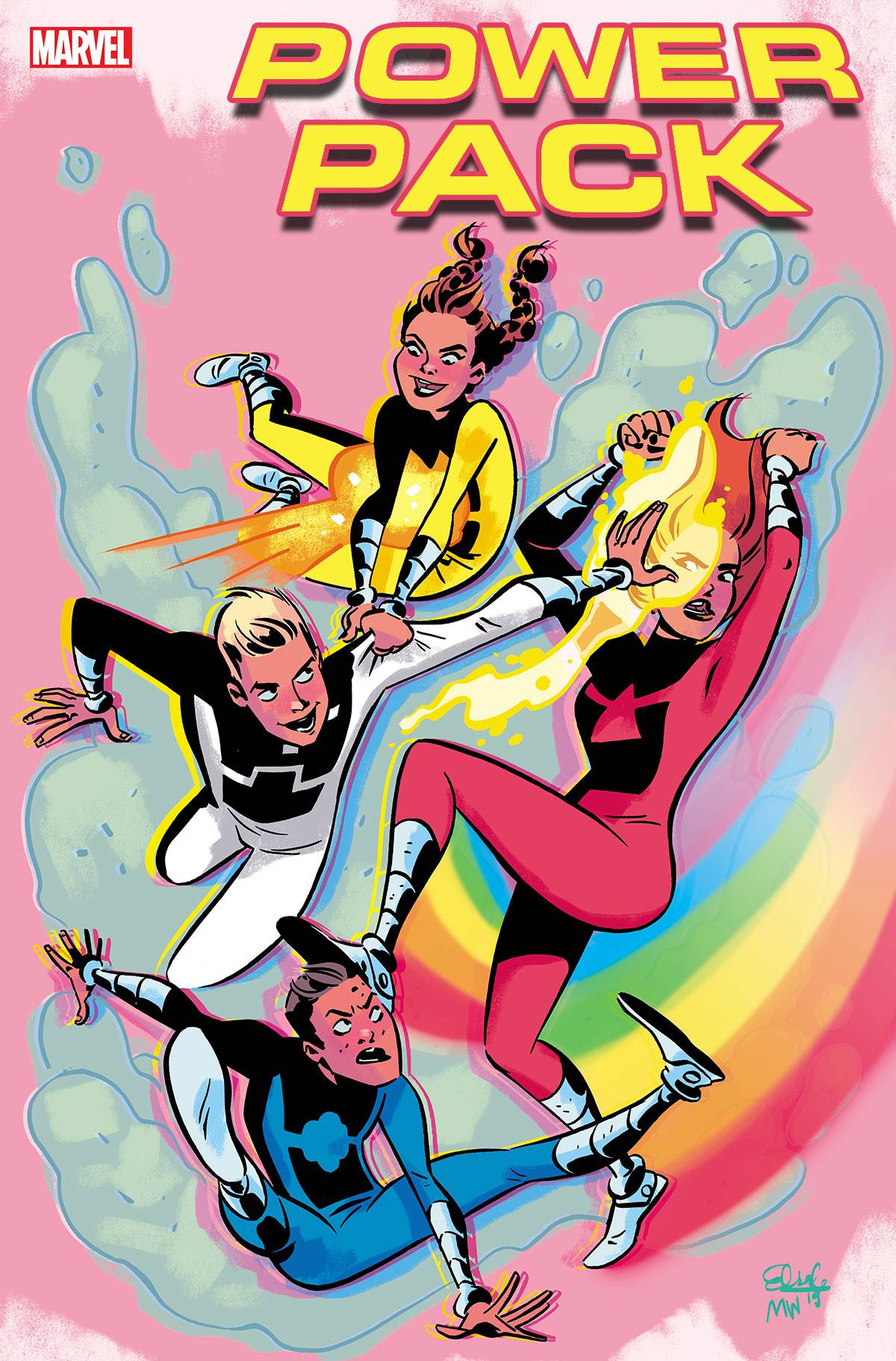 #
JUN190899
(W) Louise Simonson (A) June Brigman, Gurihiru (CA) Elsa Charretier
BELOVED POWER PACK CREATORS LOUISE SIMONSON AND JUNE BRIGMAN GET THE GANG BACK TOGETHER FOR A SPECIAL 80TH ANNIVERSARY ISSUE!
For more than 60 issues, Louise Simonson and June Brigman brought a light and youthfulness to Marvel Comics that had rarely been seen before - or since. Alex, Julie, Katie and Jack Power - four ordinary children granted incredible alien abilities - soared into our hearts with amazing adventures from the Morlocks' sewers to the depths of space. Now Louise and June return for a blast into the past - with a bonus helping of Wolverine and Kitty Pryde! When the Brood crash a Lila Cheney concert, Power Pack jumps into action. But can they fight past their own anxieties - and each other - fast enough to drive off the invasion? Plus: Fan-favorite artist Gurihuri teams up with Louise Simonson for the first time in a special short story!
Rated T ry!
In Shops: Aug 28, 2019
SRP: $4.99