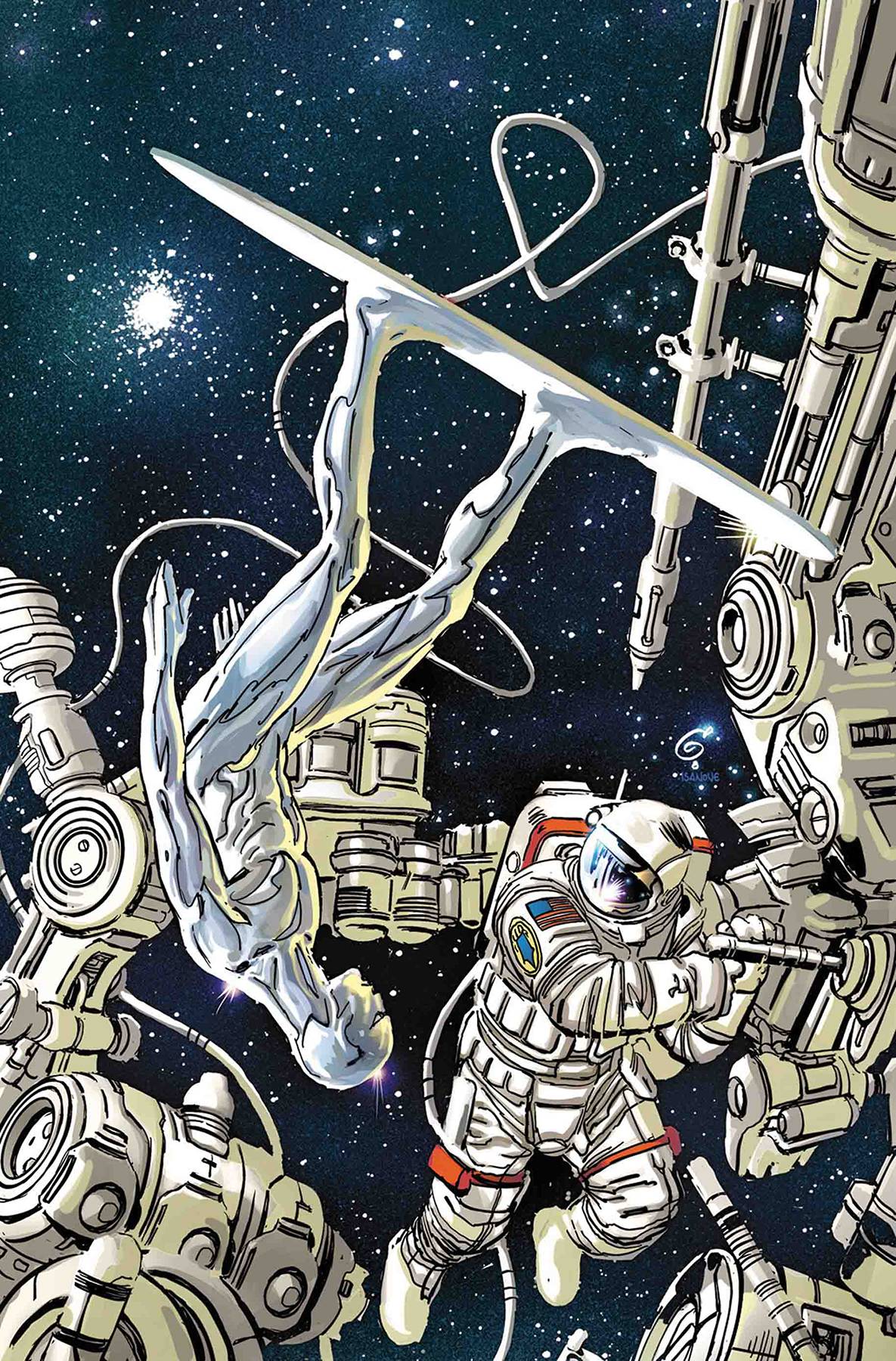 #
JUN190869
(W) Peter David (A) Francesco Manna (CA) Ron Garney
Continuing Prodigal's journey home from FANTASTIC FOUR: THE PRODIGAL SUN #1, the one individual who can aid him in accomplishing it is the Silver Surfer. But Prodigal has a history with the Surfer. Witness that now as we see the Surfer, back when he was still the herald to Galactus, as Prodigal battles him to prevent Galactus from destroying an entire world because of his unending appetite.
Rated T+
In Shops: Aug 14, 2019
SRP: $4.99