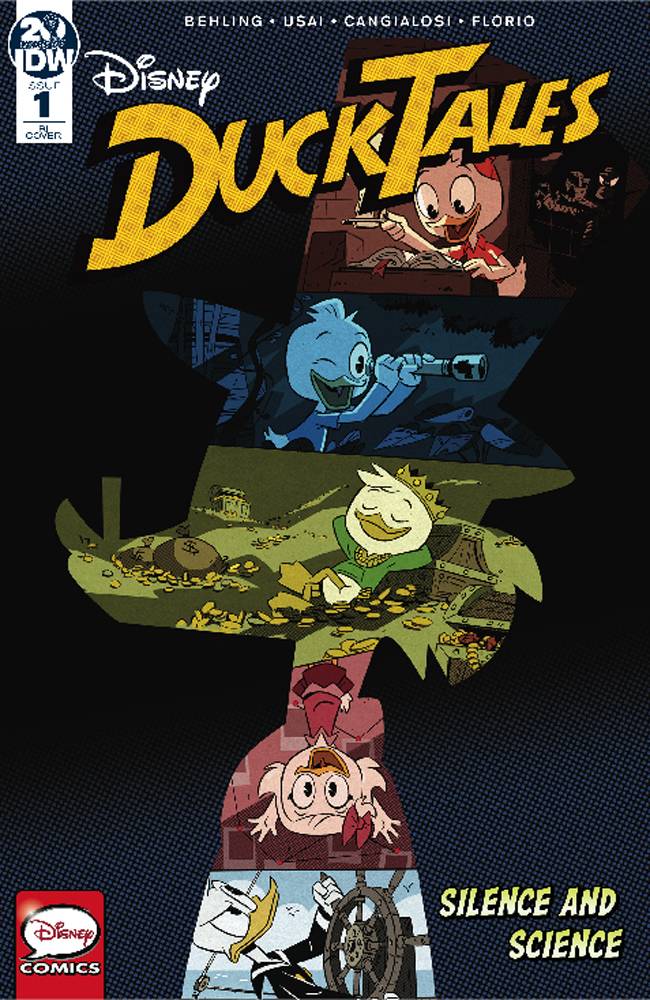 #
JUN190672
(W) Steve Behling (A) Luca Usai, Ciro Cangialosi, Gianfranco Florio (CA) DuckTales Creative Team
All Donald Duck wants to do is take a nice, long, uninterrupted nap, but there are too many distractions and just too much noise at McDuck Manor for him to do so. But then Donald remembers a magical artifact that cancels out all noise! Once he uses it, he can finally take a nap. There's only one problem: it's not only silent in McDuck Manor-it's silent all over the world! Will anyone be able to talk ever again? Discover for yourself in "Silence is Golden"!