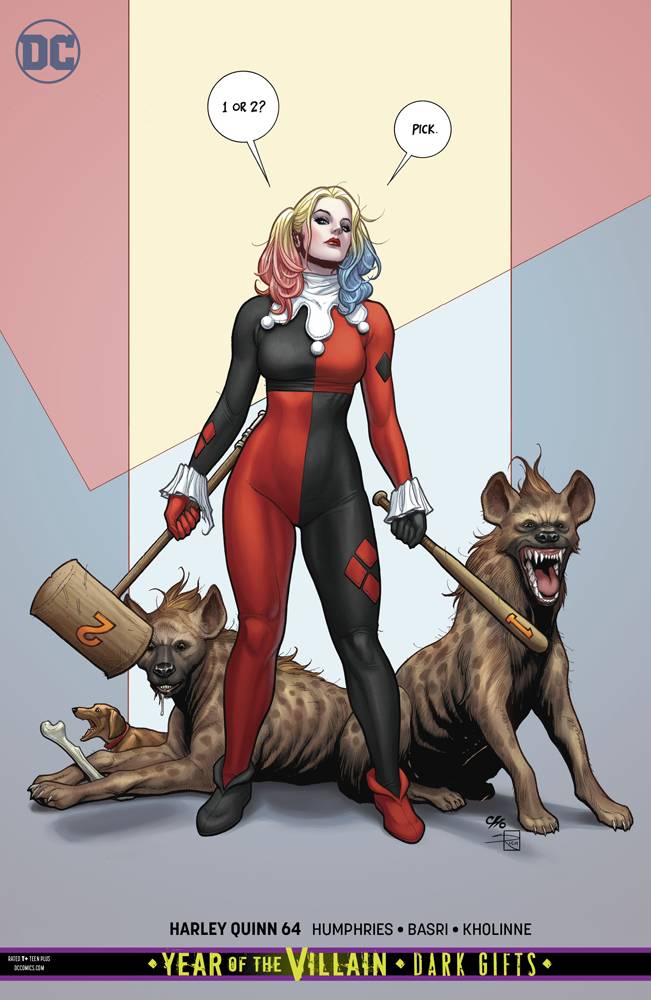 #
JUN190512
(W) Sam Humphries (A) Otto Schmidt (CA) Frank Cho
Harley's tried everything to avoid Lex Luthor and his stupid "Offer"-she's destroyed half a dozen of Lex's drones, she's changed her name, her cell phone number-she even faked her own death! Why won't this bald, pasty-faced weirdo take no for an answer? Harley Quinn takes on the crossover event of the summer in this comic-within-a-comic take on "DC's Year of the Villain"!
In Shops: Aug 07, 2019
SRP: $3.99
View All Items In This Series