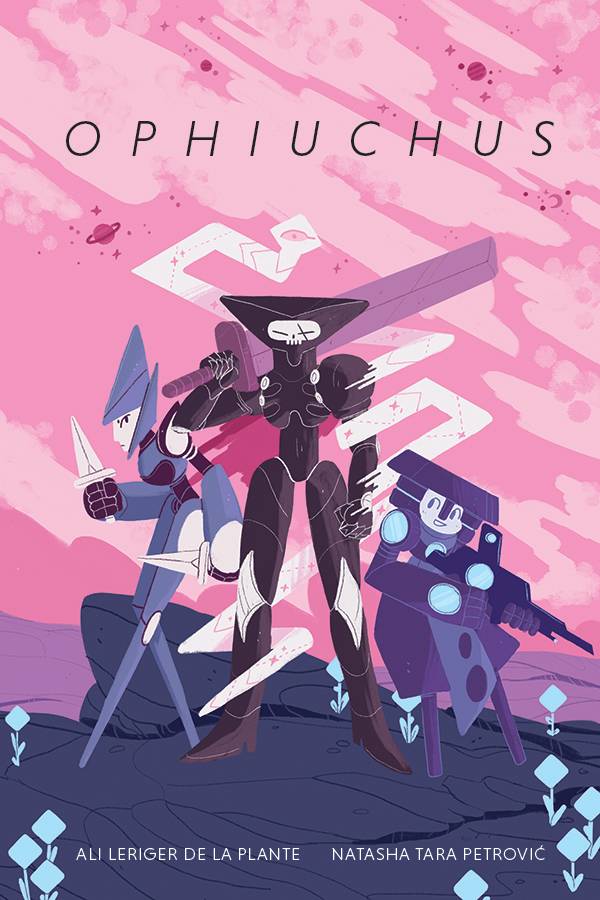 #
JUN190029
(W) Alexis Leriger De La Plante, Natasha Tara Petrovic (A) Alexis Leriger De La Plante (A/CA) Natasha Tara Petrovic
ALI LERIGER DE LA PLANTE and NATASHA TARA PETROVI? bring their popular webcomic OPHIUCHUS to Image Comics! OPHIUCHUS is the story of the lone sentry of an ancient, inactive gate. One day, a strange being breaks through and infects her with a virus. And shortly after, she is approached by two machines, who implore her to follow them to the center of the universe to put an end to that virus-a malevolent being which rots all worlds.
In Shops: Aug 21, 2019
SRP: $16.99