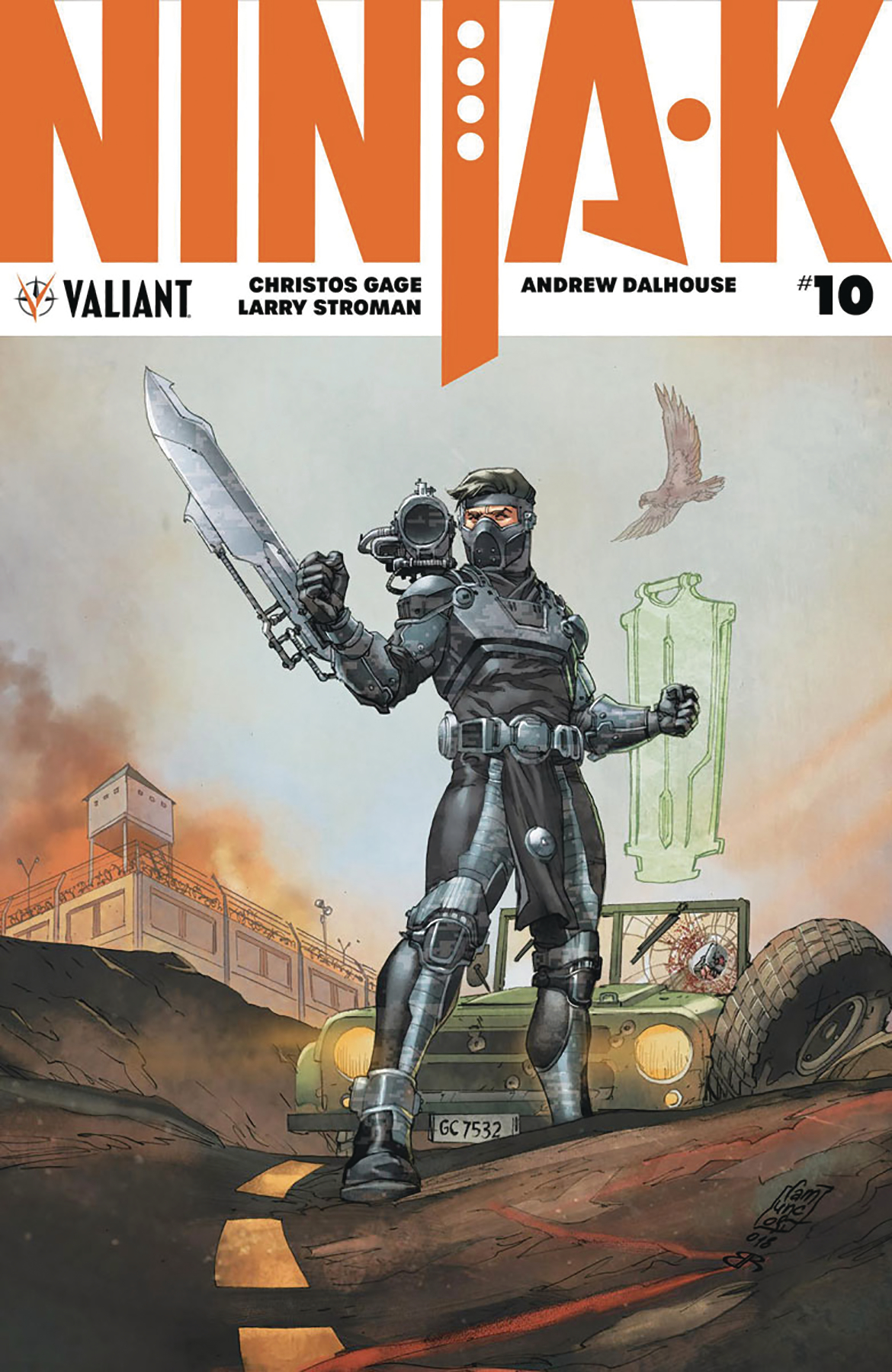 JUN182074
(W) Christos Gage (A) Larry Stroman, Ryan Winn (CA) Giuseppe Camuncoli
A BLOCKBUSTER NEW JUMPING-ON POINT! In Margaret Thatcher's Britain, meet the future of espionage: the hard-hitting, brutalizing super-spy codenamed NINJA-H!
From the encrypted files of The Ninja Programme, another secret chapter revealed! The Cold War is in full swing and the United Kingdom's top-secret intelligence unit has come to a crossroads. As their once-elite collection of secret agents finds itself outmatched by the escalation of the United States' H.A.R.D. Corps division, the spymasters of MI6 are about to develop a new kind of soldier for their never- ending war of global gamesmanship and international intrigue. Part man, part machine, and bound together with the most extreme
technological enhancements that the 1980s have to offer, NINJA-H is faster, stronger, and deadlier than any who have come before...
Now, for the first time, the metal-crunching saga of MI6's one-man, super-powered strike force - and his tragic fall from grace - can finally be told as renowned writer Christos Gage (Netflix's Daredevil) teams with comics legend Larry Stroman (X-Factor) to declassify the next standalone shadow-laden chapter in the history of Ninjak's fellow Ninja Programme agents!
In Shops: Aug 15, 2018
SRP: $3.99
View All Items In This Series