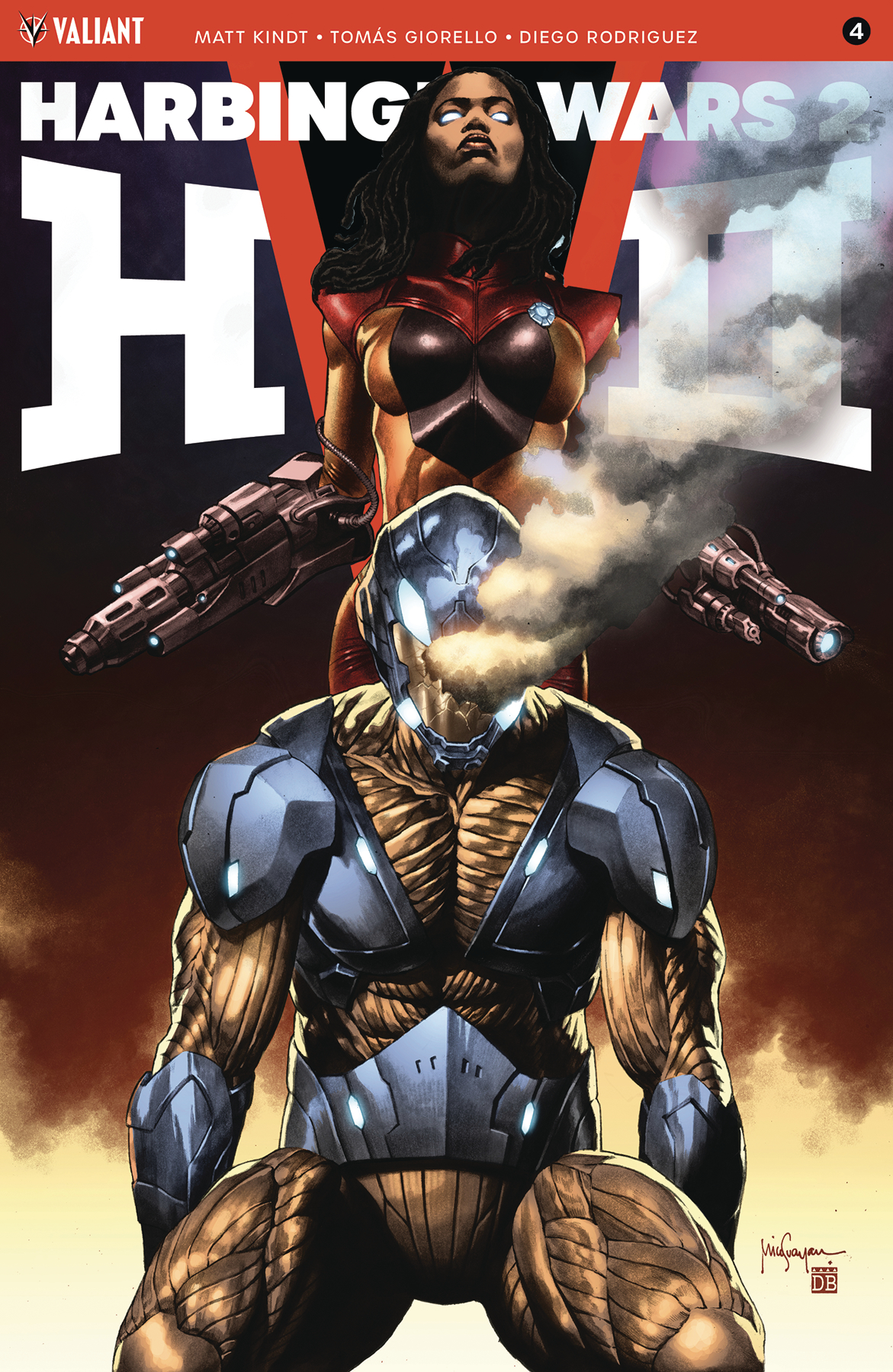 JUN182071
(W) Matt Kindt (A) Tomas Giorello, Renato Guedes (CA) Mico Suayan
THE FINAL BATTLE! LIVEWIRE VS. THE VALIANT UNIVERSE!
We called it the biggest, most impactful, most ambitious Valiant event ever attempted - and we meant it! From across the Valiant Universe, the paths of all of the world's most formidable heroes - X-O Manowar, the Harbinger Renegades, Bloodshot, Ninjak, the Secret Weapons, H.A.R.D. Corps, and dozens of newly activated psiots - have finally converged, drawn together by their old ally Livewire's last-ditch effort to protect the powerless.
Now, the long-brewing battle between Valiant's greatest icons will finally reach the stratosphere - literally - and, out of the ashes, a new order for the Valiant Universe will be hewn as New York Times best-selling writer Matt Kindt (X-O MANOWAR, DIVINITY, Mind MGMT) and comics juggernaut Tomás Giorello (X-O MANOWAR) present the MUST-READ comics showdown of 2018...and no one gets out unscathed!
In Shops: Aug 29, 2018
SRP: $3.99
View All Items In This Series
ORDER WISH LIST