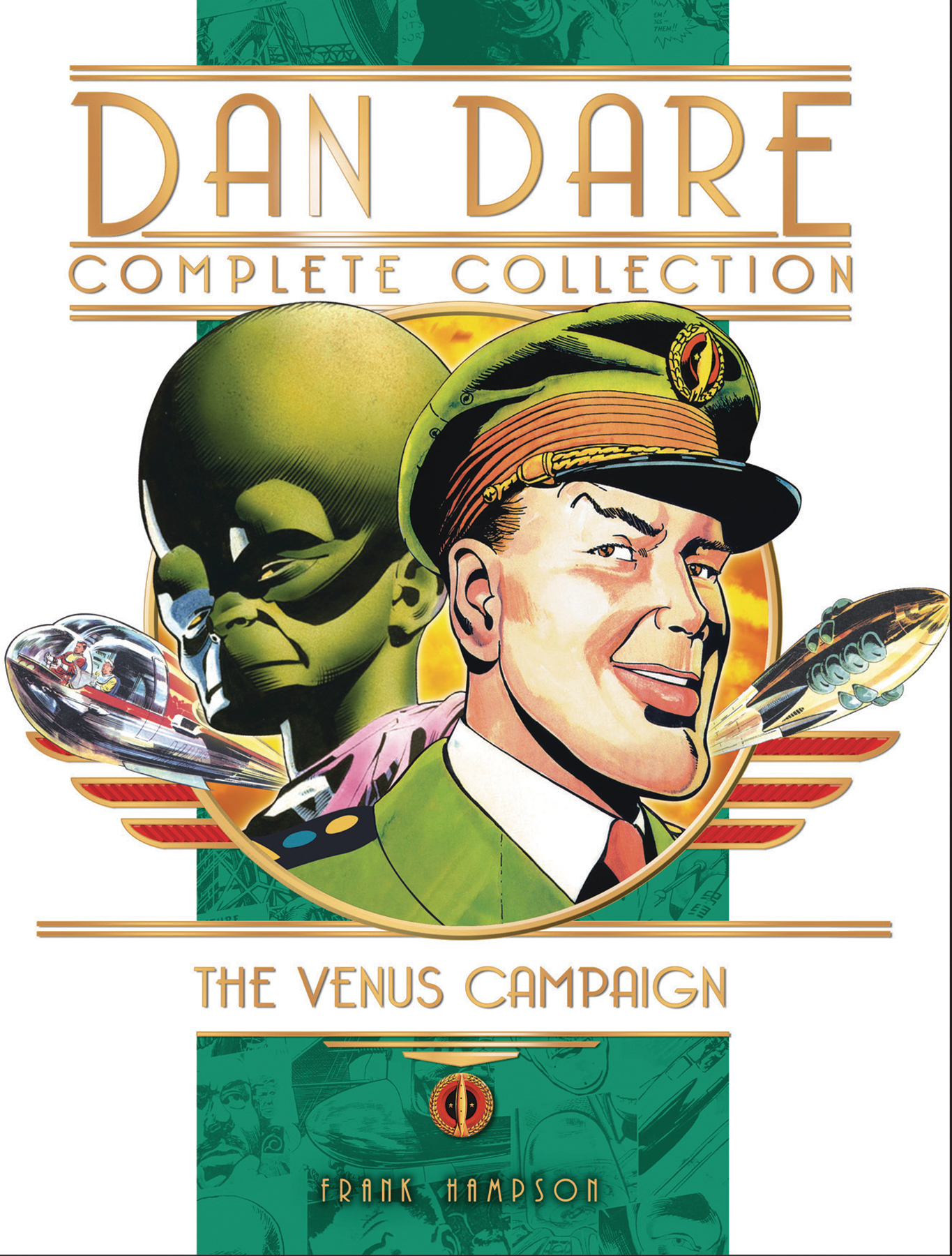 JUN182018
(W) Frank Hampson (A) Frank Hampson
Introducing one of science fiction's most enduring heroes, Dan Dare. This Omnibus edition of Dan Dare contains his first three full adventures digitally remastered for the very first time. Dan Dare, Pilot of the Future was first published in classic British comic The Eagle in 1950. These are the original adventures of one of the best known and loved of British comic characters, presented in a new series of gorgeous library editions from Titan Comics.
Pilot of the Future: Voyage to Venus Pt 1 & 2
Dan and his crew set off to explore Venus, hoping to find new resources to feed a starving earth. But the planet is already the lair of the pint-sized megalomaniac The Mekon, who plans to conquer the Earth! Now it's up to Dare and his bat-man Digby to help the enslaved people of Venus to rise up and defeat the massive green headed evil genius.
THE Red Moon Mystery
Dan and his trusty crew must head once more into the dangerous, icy depths of space to uncover the secrets of a strange red moon that has entered the Solar System and threatens Earth with destruction!
In Shops: Nov 28, 2018
SRP: $59.99
View All Items In This Series
ORDER WISH LIST