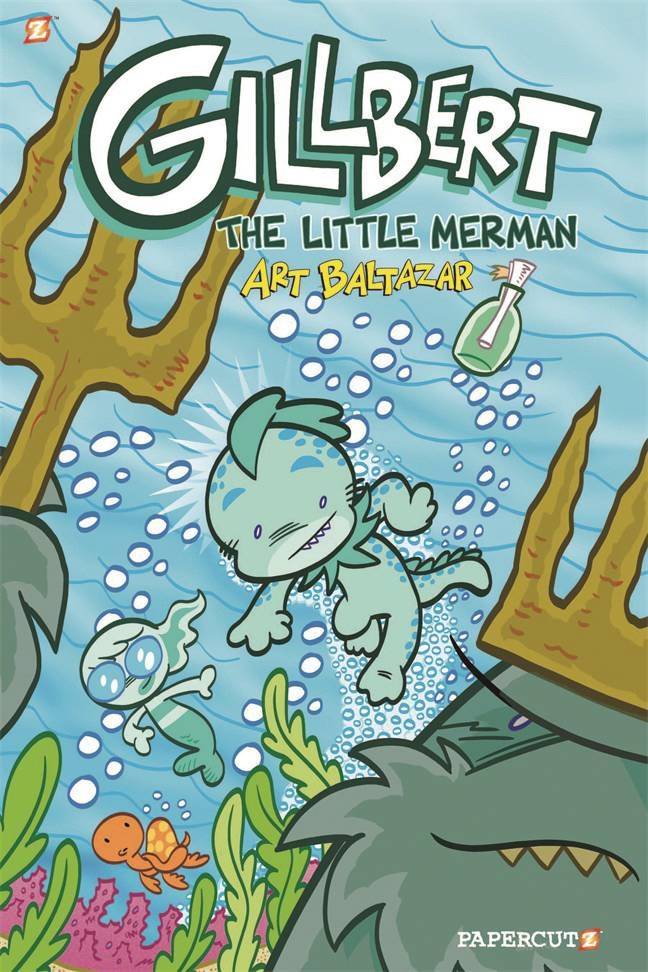 #
JUN181922
(W) Art Baltazar
By the bestselling author of Tiny Titans. In the deepest part of the ocean, unexplored by man and too deep for humans to swim, lives a little sea creature named Gillbert.  Gillbert the Sea Creature is the son of KING NAUTICUS, king of all the oceans.  One day, Gillbert will be king. But in the meantime, his playful curiosity takes him away from the kingdom on a journey of discovery.
Gillbert meets an amphibious mermaid and follows her into unknown parts of the ocean. Where he meets many unknown and undiscovered species of underwater creatures.  He didn't know these things existed so close to home. Gillbert's world just got a whole lot bigger!
In Shops: Nov 21, 2018
SRP: $14.99
View All Items In This Series
ORDER SUBSCRIBE WISH LIST