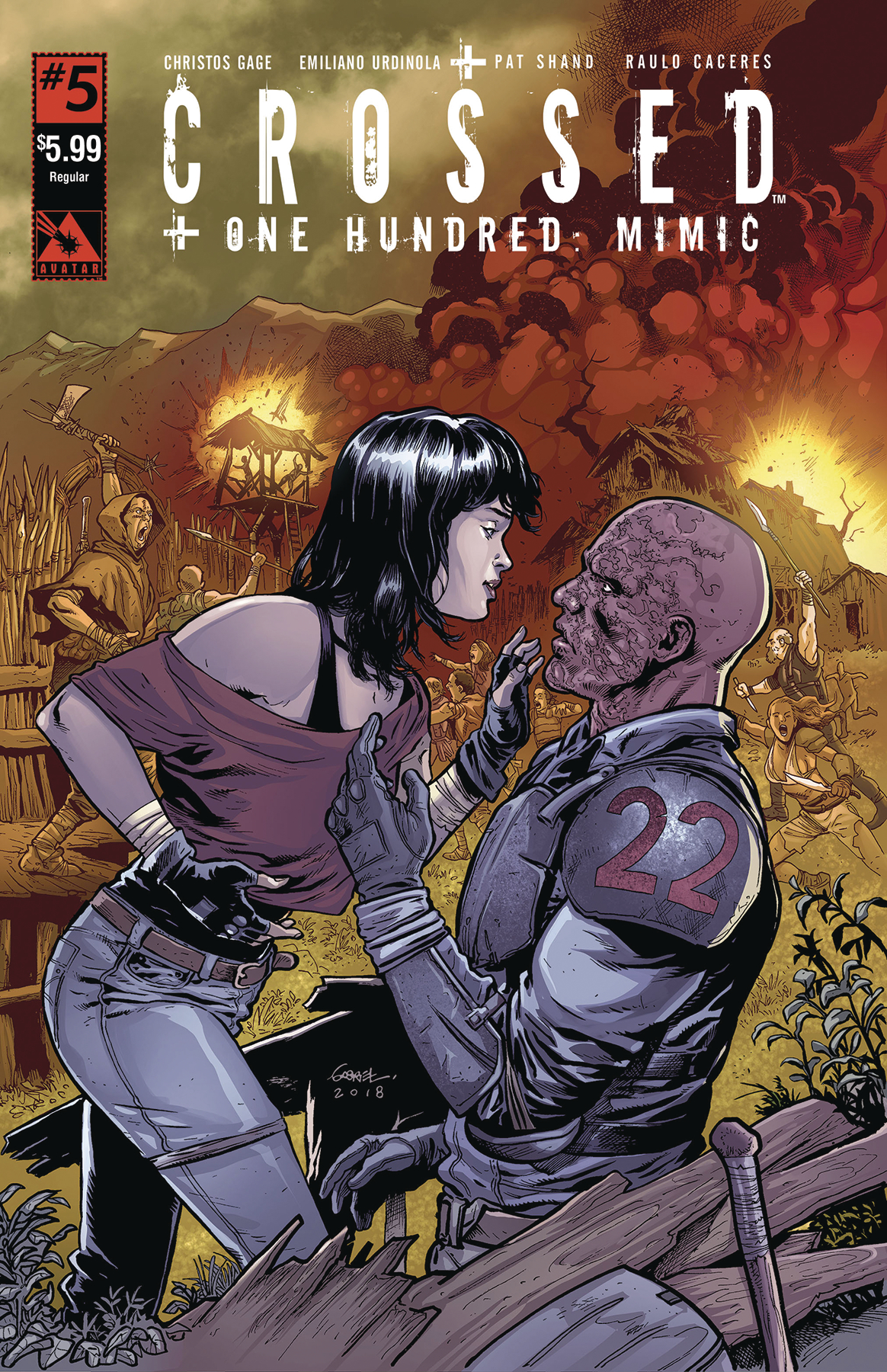 JUN181483
(W) Christos N. Gage, Pat Shand (A) Emiliano Urdinola, Raulo Caceres (CA) Gabriel Andrade
Two epic tales in every giant-size Crossed +100 Mimic issue!  Christos Gage heads down a dark path in MIMIC, as Fleshcook and Julie are faced with as assault that may wipe out both of their peoples!  In second feature,  Pat Shand teams up with artist Raulo Caceres to deliver a chapter of AMERICAN HISTORY X, based on the events Moore spotlighted as key points in the saga. Available with a sizzling array of covers:  Regular by Gabriel Andrade, History X Wraparound and American History X by Raulo Caceres, Fatal Fantasy and Hellish Homage by Renato Camilo, and Ms Mayhem by Christian Zanier.  Don't miss the three-cover Crossing Over set by Matt Martin, each limited to just 250 copies, nor the Century (of Blood) cover limited to 100 copies also by Camilo.
In Shops: Sep 12, 2018
SRP: $5.99
View All Items In This Series