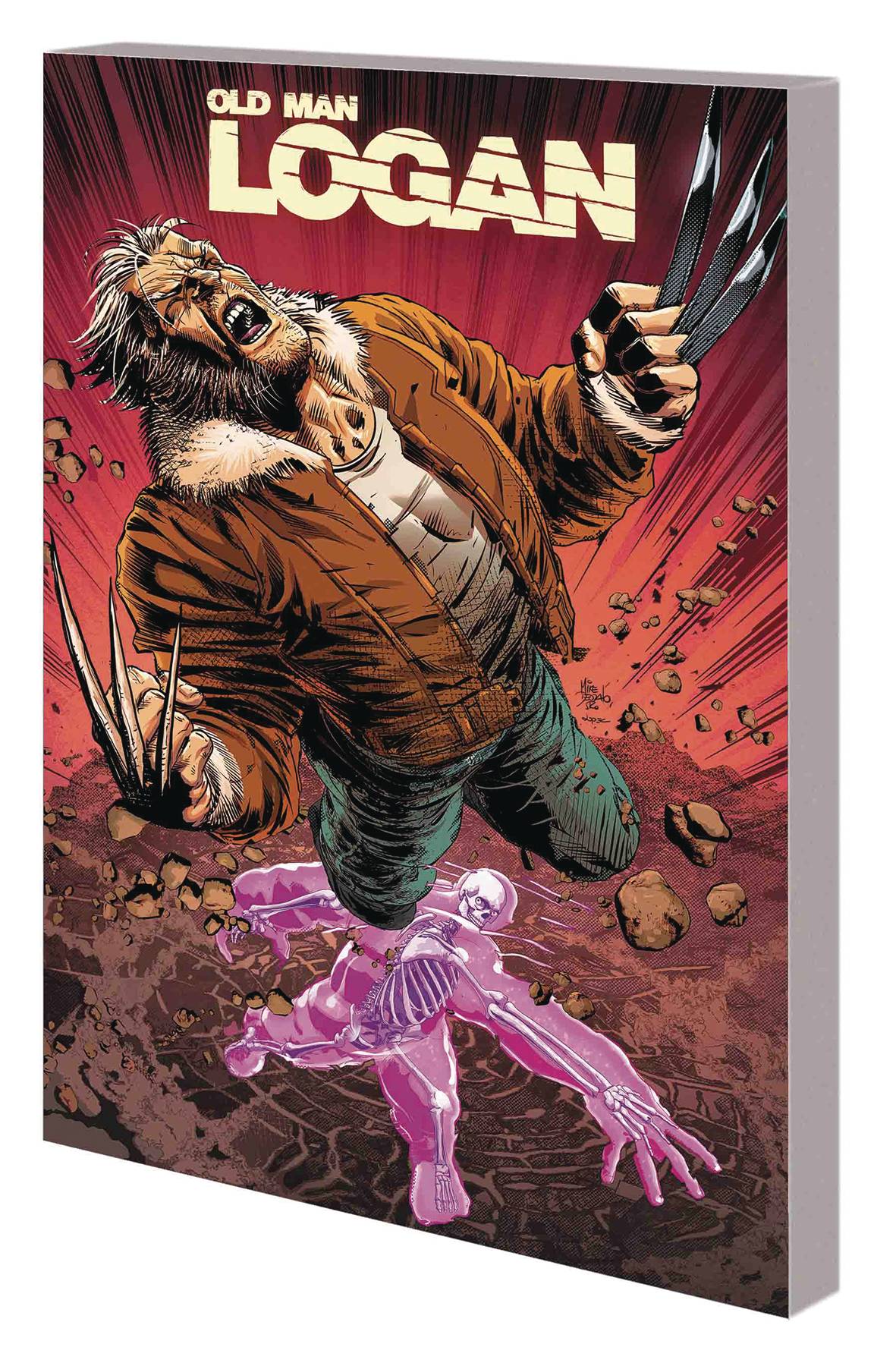 #
JUN180985
(W) Ed Brisson (A) Talajic Dalibor, Ibraim Roberson (CA) Mike Deodato
New York's new mayor, Wilson Fisk, has banned vigilantes from the Big Apple! But Logan may have information that can take down the Kingpin! Fisk won't surrender without a fight, though. Now that he's acquired political power, he'll do anything to hang on to it! Which means that even as Logan hunts down the Kingpin's biographer hoping to get dirt on the big man, he himself is being targeted by...Bullseye! Prepare for a knockdown, drag-out fight in the classic Marvel manner, pitting the best there is against the man who never misses in a bloody battle across Manhattan! Plus: As a wounded Logan returns to the X-Men, an old pupil asks for help. And when the Xavier Institute comes under attack, it's all Glob Herman's fault! Collecting OLD MAN LOGAN (2016) #36-40.
Parental Advisory
In Shops: Sep 05, 2018
SRP: $15.99
View All Items In This Series
ORDER SUBSCRIBE WISH LIST