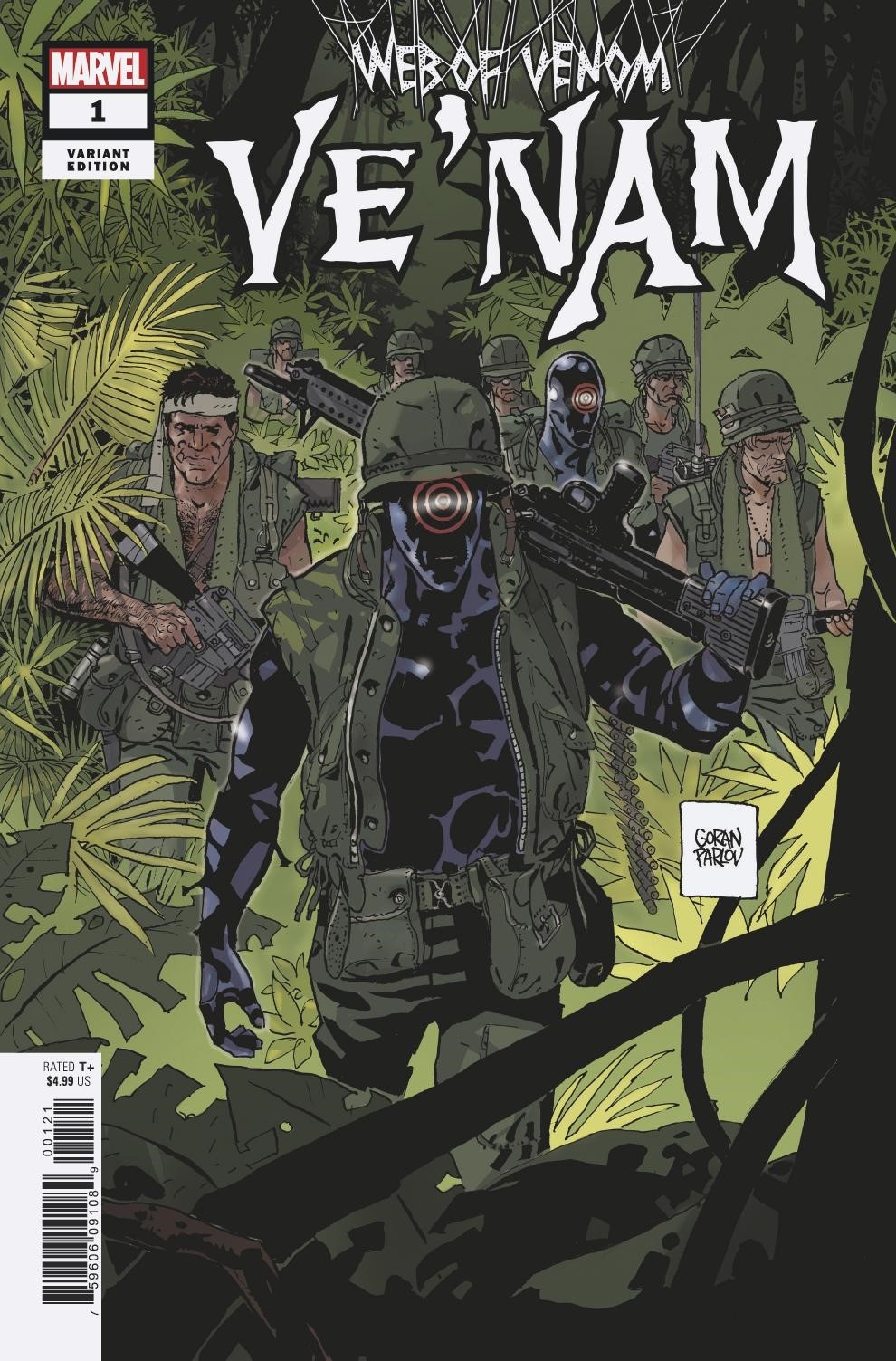 JUN180832
(W) Donny Cates (A) Ryan Stegman (CA) Goran Parlov
SPINNING OUT OF THE PAGES OF VENOM!
As the United States of America struggled through the Vietnam War, Nick Fury of S.H.I.E.L.D. needed a secret weapon - and when an ancient creature was discovered at an archaeological dig site, he was sure he'd found it. In reality, the discovery was an ancestor of the Klyntar symbiotes...and would become a waking nightmare for a platoon of American soldiers!
Rated T+
In Shops: Aug 29, 2018
SRP: $4.99