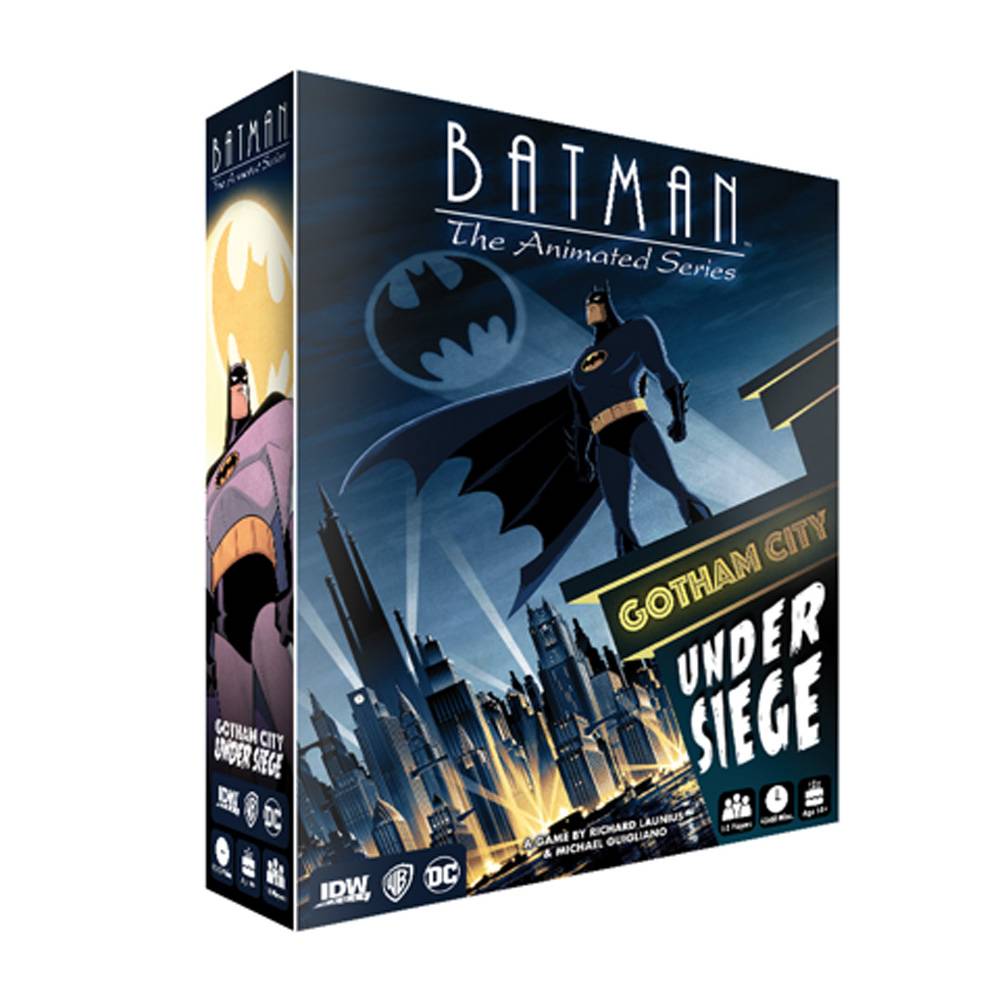 #
JUN180756
(W) Richard Launius, Michael Guigliano (A) Matt Ferguson, TableTaffy
Batman: The Animated Series-Gotham City Under Siege has you and up to 4 of your friends playing as Batman and his trusted allies. In each round you'll face off against a set of story cards all inspired by the first season of Batman: The Animated Series and roll a pool of dice to complete actions. You'll need to balance between cleaning up the streets of Gotham City and completing story missions in order to protect the city. Let too many civilians fall or buildings be destroyed, and there will be nothing left for Batman to protect!
1-5 players o Playable from ages 14+ o 45-60 minutes
Patrol the city streets or prepare to attack from the rooftops of the 3D city.
Play cards and spend dice to use heroic combat abilities or solve mysteries.
Defeat deadly story cards, clear the streets of henchmen, and defeat the villainous bosses!
Features 5 highly detailed miniatures.
In Shops: Oct 31, 2018
SRP: $49.99
ORDER WISH LIST