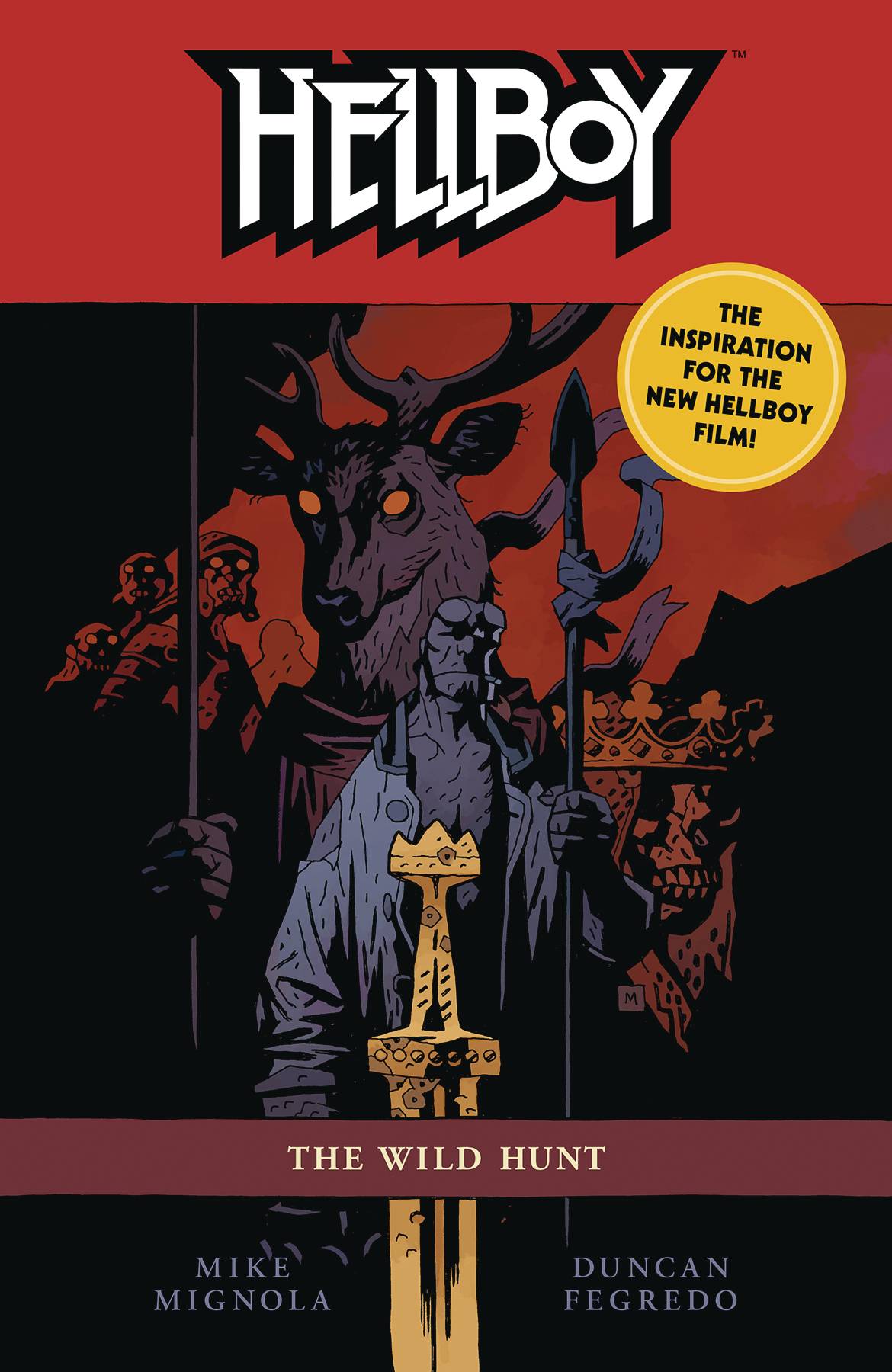 #
JUN180363
(W) Mike Mignola (A) Duncan Fegredo (CA) Mike Mignola
Serving as the inspiration for the new feature film, Hellboy is called to England to take part in an ancient ritual of hunting giants, but quickly faces a much more dangerous enemy: Nimue, the Queen of Blood, who has risen with plans to create a monstrous army.