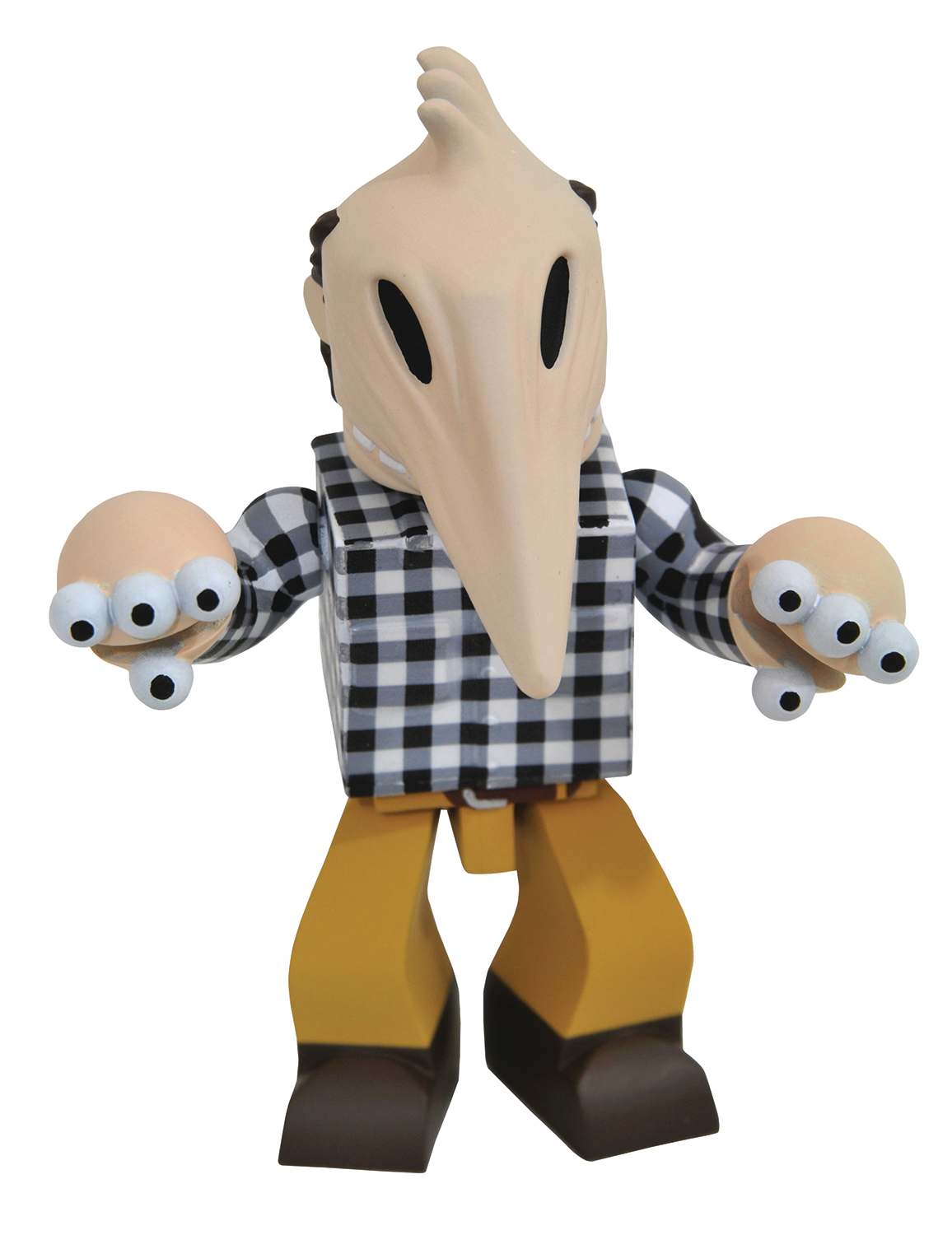 JUN172637
A Diamond Select Toys Release! He's the Ghost with the Most! Beetlejuice returns for a new batch of VInimates vinyl figures based on the classic Tim Burton film! Three new four-inch vinyl figures depict Beetlejuice in his cowboy duds, and Adam and Barbara Maitland in their spookiest scaring faces! Each figure is sculpted in the block figure style, striking a pose from the film, with an articulated neck for further posing options. Each Vinimates figure comes packaged in a full-color window box.
In Shops: Nov 08, 2017
SRP: $9.99
ORDER WISH LIST