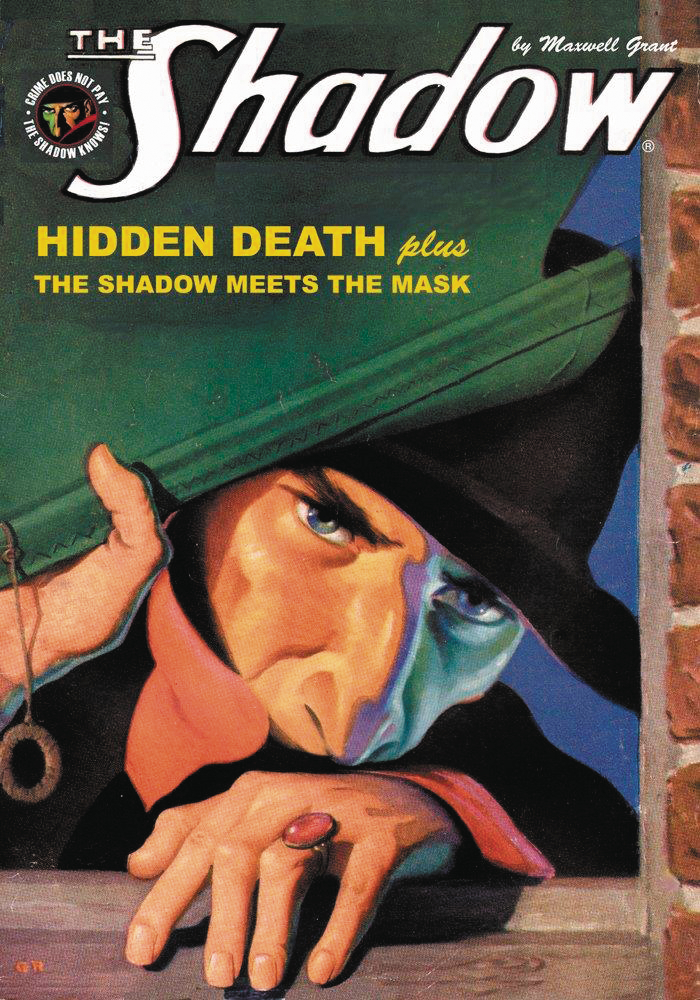 JUN172308
(W) Maxwell Grant, Walter B. Gibson, Will Murray (A) Paul Orban, Tom Lovell (CA) George Rozen, Modest Stein
The Dark Avenger aides Commissioner Weston in landmark pulp novels by Walter B. Gibson. First, can a dead man kill? All the clues suggest that the cunning brain behind serial murders was the first victim! Only The Shadow can unearth the bizarre secret behind "Hidden Death," the 1932 novel that introduced Commissioner Weston! Then, the Knight of Darkness is accused of terrible crimes by a radio pundit when "The Shadow Meets The Mask." Plus: a classic thriller from the Golden Age of Radio!
In Shops: Sep 06, 2017
SRP: $14.95
View All Items In This Series