TINKERS OF THE WASTELAND #3 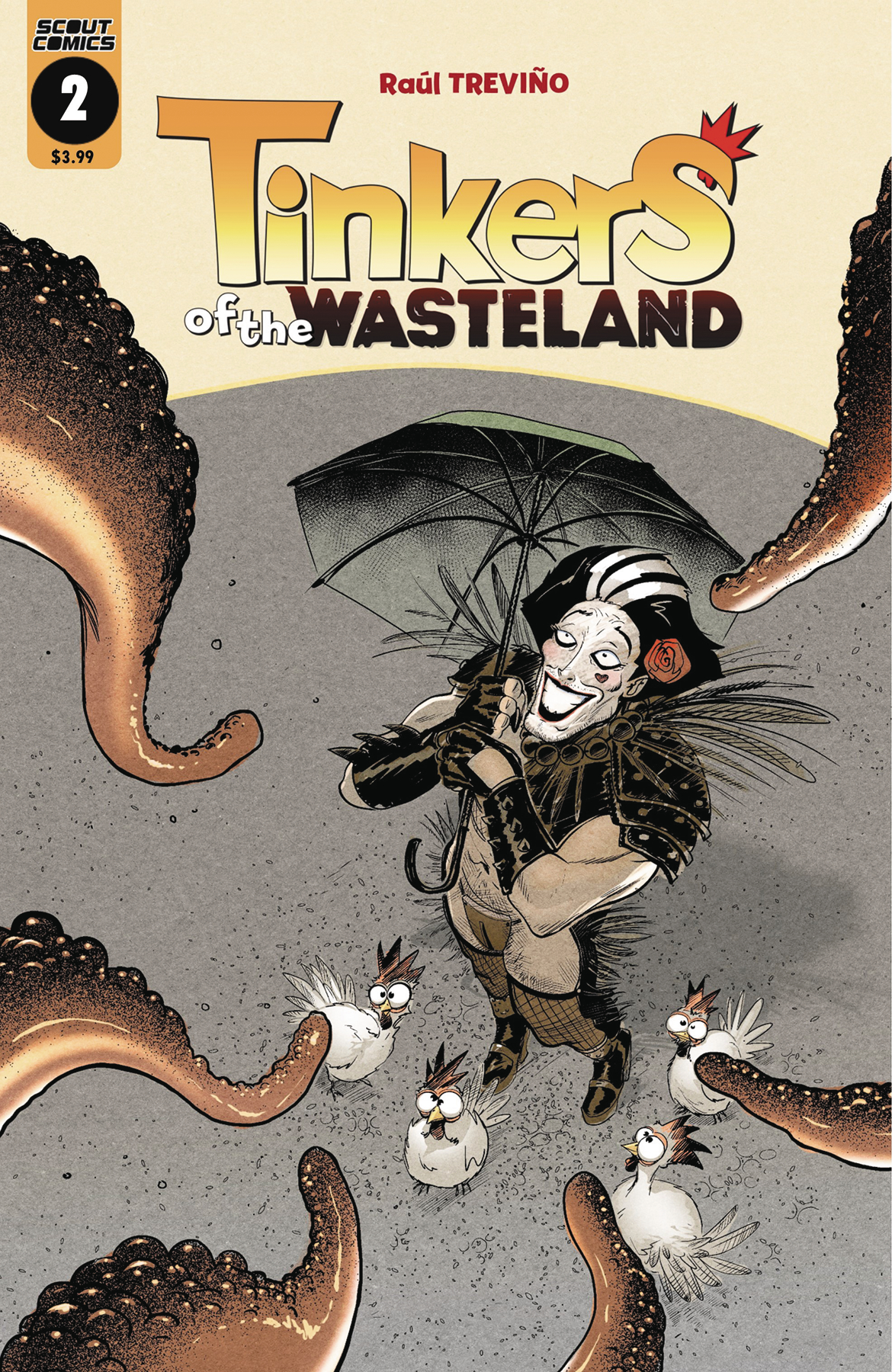 JUN171901
(W) Raul Trevino (A/CA) Raul Trevino
The Tinkers fall into the hands of Fly, a fearless cannibal who is also after the chickens, so now they have one more problem to deal with it. Meanwhile, King Queer is getting ready to depart with all the chickens he and his gang could gather, but they are about to have to encounter the menace on their way. Some say it's horrible, disgusting and beautiful like a sexy eggplant and some others say that it's marvelous. Whatever it looks like, it's still a menace that could be part of a catastrophic event that may destroy what it remains of humanity.