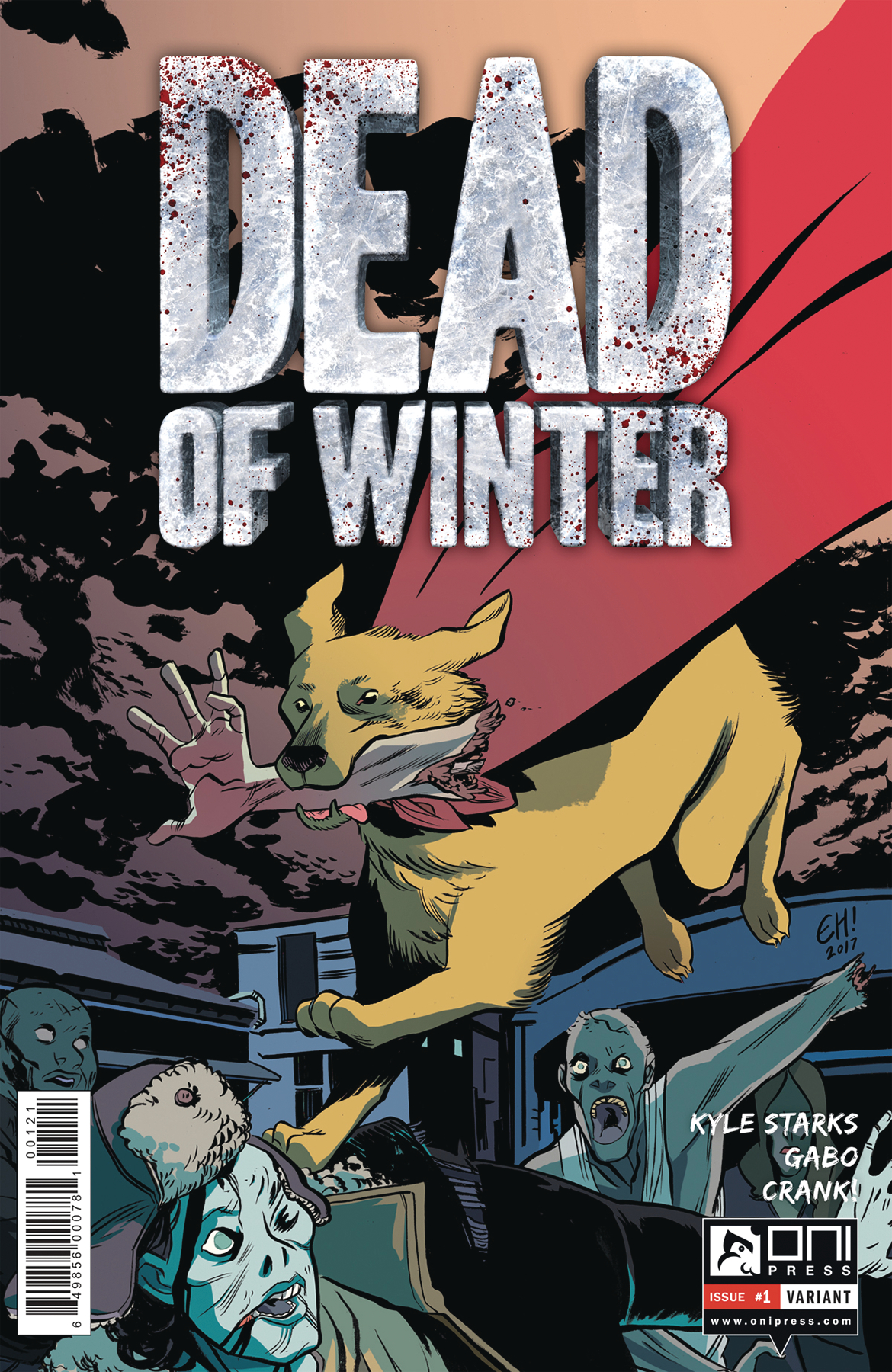 JUN171834
(W) Kyle Starks (A) Gabo (CA) Erica Henderson
From the tabletop smash hit comes this new series starring beloved characters from Plaid Hat Games' Dead of Winter, written by Kyle Starks (the Eisner-nominated Sexcastle), and illustrated by GABO (The Life After). In the pantheon of heroes, none are more lovable and loyal than everyone's beloved good ol' dog, Sparky. Surviving in the wintery apocalypse of the undead, this former TV star turned zombie killing machine just wants to make friends and be a good boy. As his fellow survivors scavenge for supplies in the frigid wasteland, will Sparky be able to protect his companions from threats both undead and not yet undead?
In Shops: Aug 02, 2017
SRP: $3.99
View All Items In This Series