HENRY AND GLENN FOREVER AND EVER HC 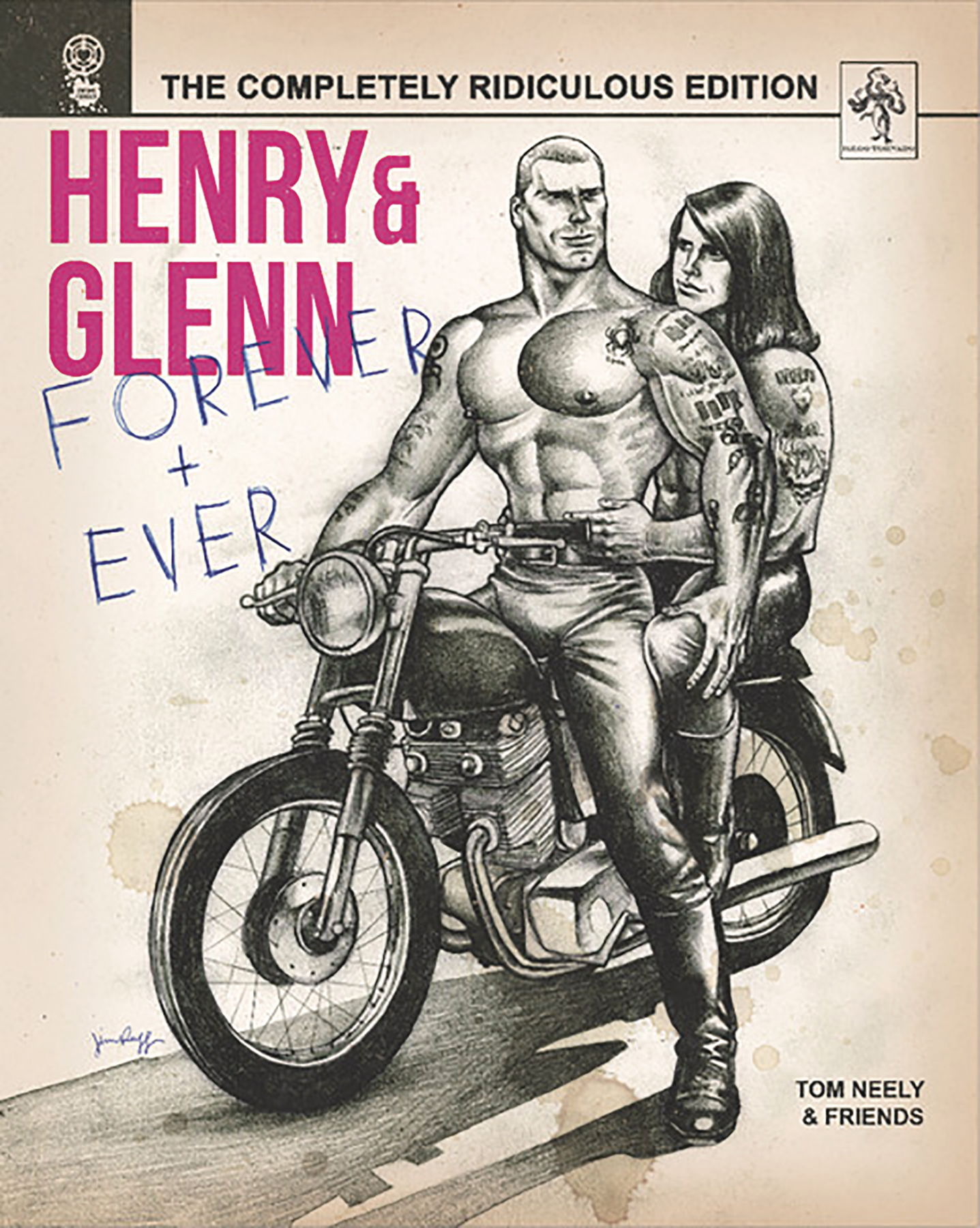 JUN171801
(W) Tom Neely, Various (A) Tom Neely, Various (CA) Jim Rugg
Two myths.  One legend.  The greatest love story ever told has finally been released in graphic novel form, featuring 29 short stories about the domestic life of "Henry" and "Glenn" and sometimes their neighbors "Daryl" and "John."  Glenn deals with issues with his mother while Henry, "a loud guy with a good work ethic," shows his darker side and indifference to a fan as he drinks black coffee and bonds with Glenn over their distaste for their own bands. These are two men who truly suffer best together.
In Shops: Jul 26, 2017
SRP: $25.95
ORDER WISH LIST