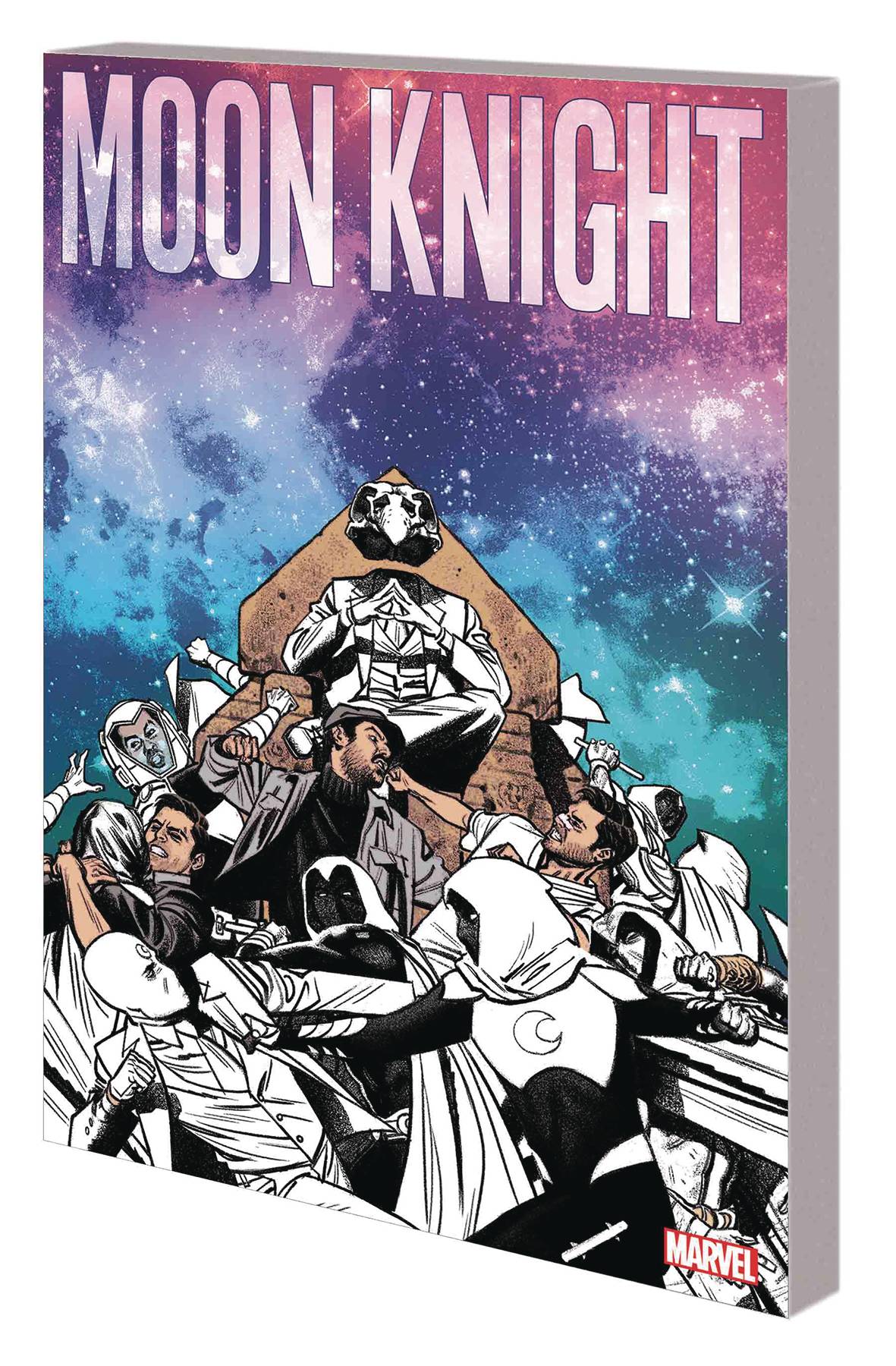 #
JUN171058
(W) Jeff Lemire (A/CA) Greg Smallwood
The secret history of the man behind Moon Knight's mask! Marc Spector was born in Chicago - but where was his alter ego Steven Grant born? A story of birth, death and rebirth digs deep into Spector's past - and redefines the history of Moon Knight as you know it! Trapped outside of reality, his survival depends on answers - but Spector is plagued by nothing but questions! Is Moon Knight stronger alone, or more vulnerable? Where has he really been all this time? Where was a man like Marc Spector forged? And where will he face his final battle? As the answers are revealed, an epic throwdown between Marc Spector and Khonshu is inevitable! Can Moon Knight survive? And what will be left of him if he does? Collecting MOON KNIGHT (2016) #10-14.
Rated T+
In Shops: Sep 20, 2017
SRP: $15.99
View All Items In This Series
ORDER WISH LIST