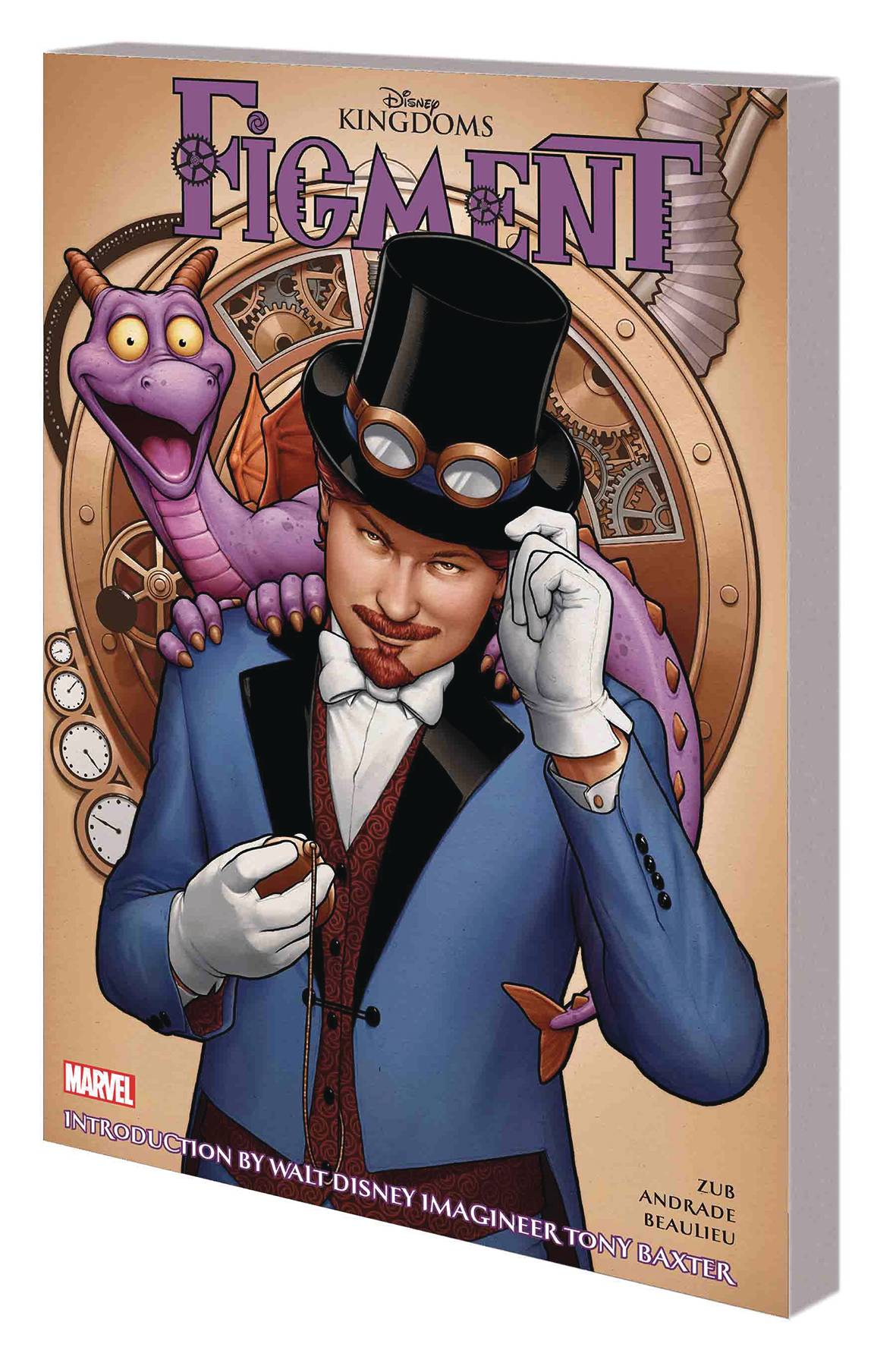 #
JUN171052
(W) Jim Zub (A) Filipe Andrade (CA) John Tyler Christopher
One of the most popular characters in Walt Disney World comes to Marvel! Dive into a steampunk fantasy story revealing the origin of the inventor known as Dreamfinder, and learn how one little spark of inspiration created a purple dragon called Figment! Our daring duo explores the realms of imagination, finding friends and foes alike - while back on Earth, a clockwork army assembles under the command of the frightening force known only as the Singular! And when Clockwork Control invades London while the intrepid explorers are trapped within the Nightmare Nation, the only obstacles standing between the Singular and total domination are Dreamfinder, Figment and their newfound friends! Acclaimed and uniquely talented creators Jim Zub (THUNDERBOLTS) and Filipe Andrade (CAPTAIN MARVEL) give a Marvel spin to Epcot's most mind-bending attraction, Journey into Imagination with Figment! Collecting FIGMENT #1-5.
All Ages
In Shops: Sep 13, 2017
SRP: $19.99
ORDER WISH LIST