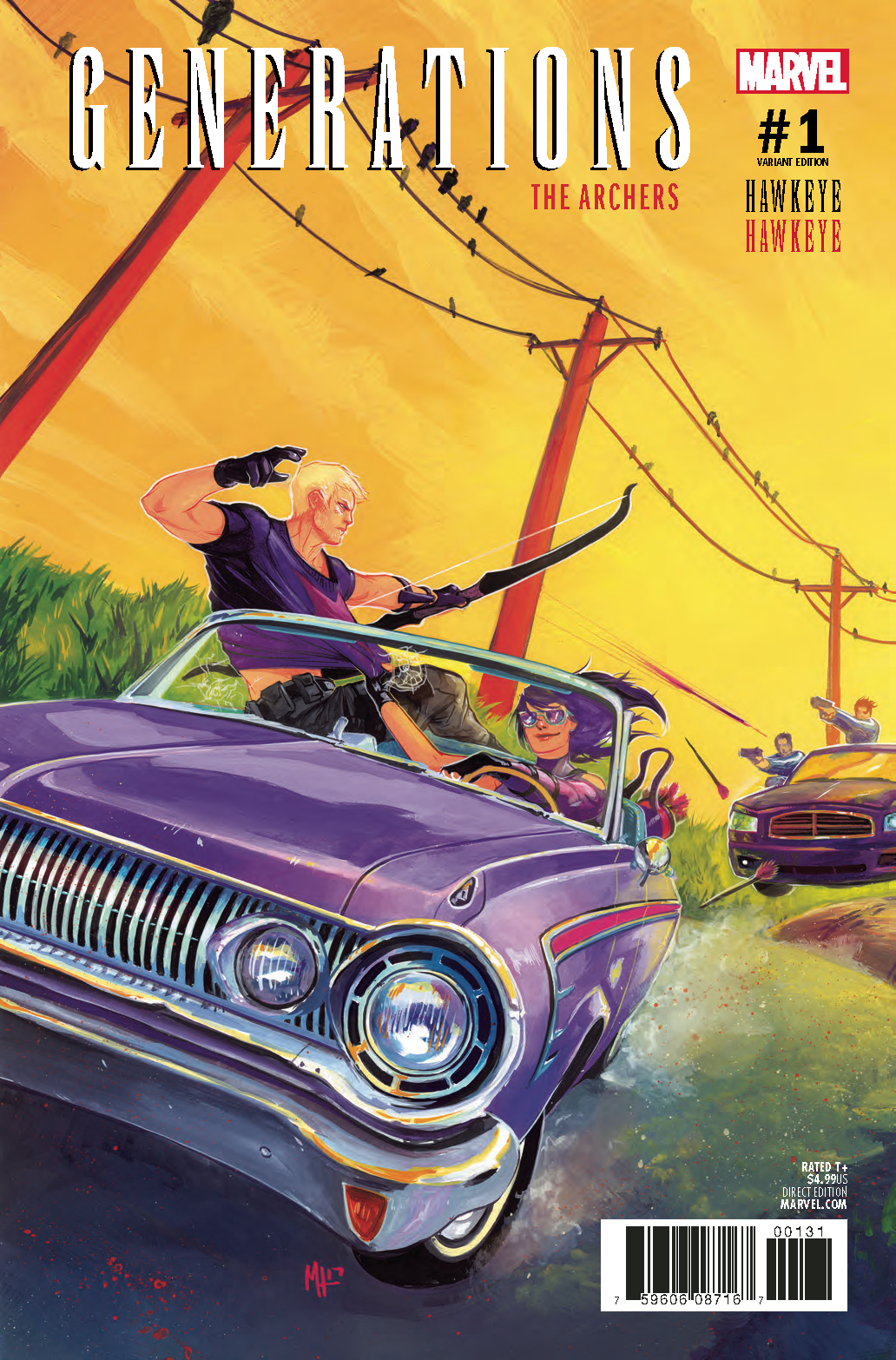 JUN170864
(W) Kelly Thompson (A) Stefano Raffaele (CA) Meghan Hetrick
TWO ARCHERS. ONE-SHOT.
•  Kate Bishop, A.K.A. Hawkeye, finds herself smack-dab in the middle of a battle royal between the world's most skilled sharpshooters - including an inexplicably young Clint Barton, A.K.A. the OTHER Hawkeye.
•  The prize? Bragging rights for being named the best, of course - oh, and you get to stay alive!
•  Unfortunately for Clint, several of his competitors are villains he's taken down, making HIM a primary target.
•  So, on top of figuring out where and WHEN she is, Kate's got to find a way to win this little contest of skills and keep her not-so-old pal Clint out of the crosshairs... easy, peasy.
Rated T+
In Shops: Aug 30, 2017
SRP: $4.99
View All Items In This Series