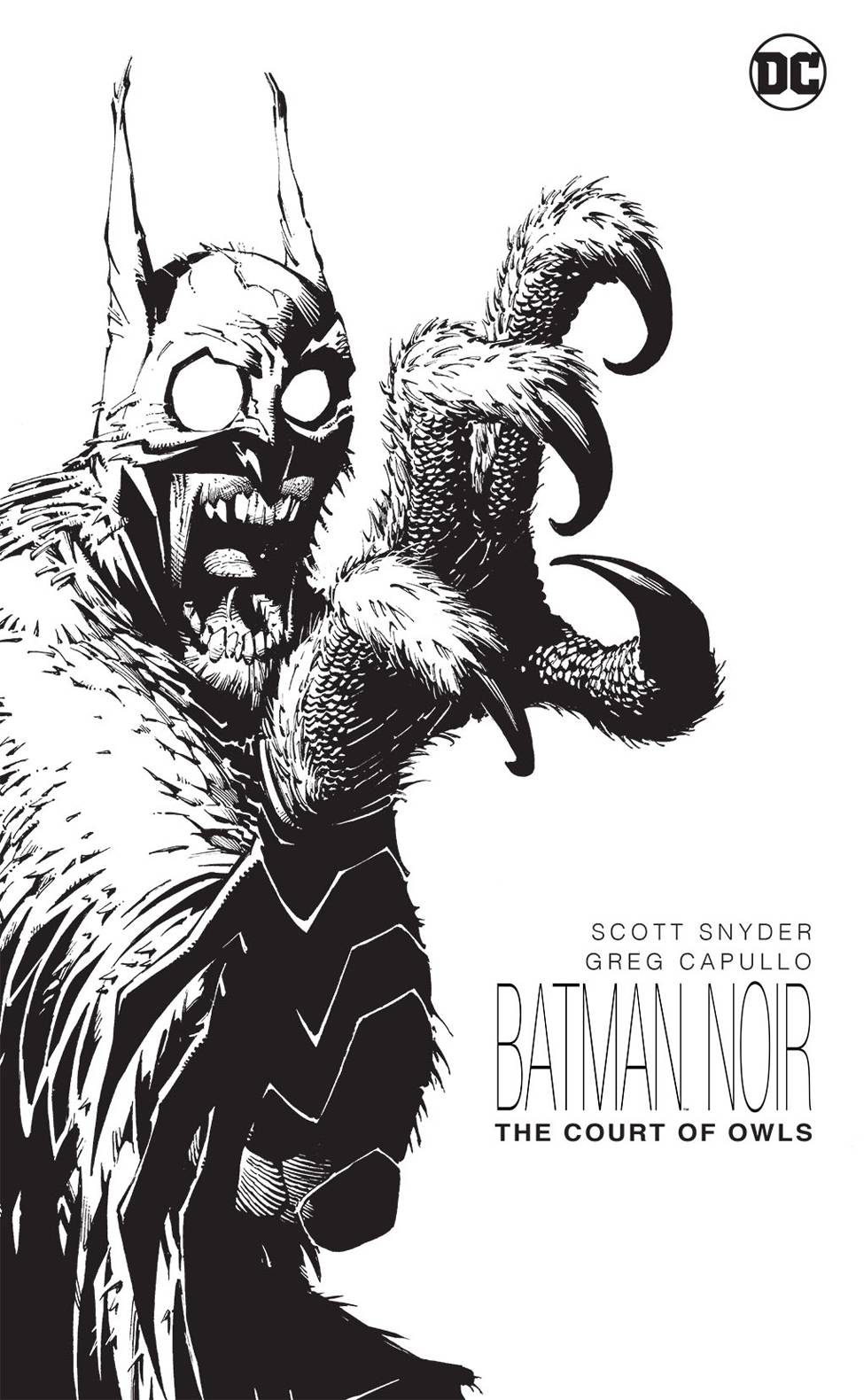 #
JUN170397
(W) Scott Snyder, James TynionIV (A) Rafael Albuquerque (A/CA) Greg Capullo, Jonathan Glapion
The now-legendary story that kicked off a new era of Batman adventures is collected in a new, noir edition spotlighting the artwork of Greg Capullo! In these tales from BATMAN #1-11, a series of brutal murders rocks not only Gotham City but also the Caped Crusader when the prime suspect is one of Batman's closest allies - Dick Grayson! Then, after a series of deadly discoveries, Bruce Wayne has learned that the Court of Owls is real-and a deadly threat out to control Gotham City! Unleashing the deadly Talons, Batman must stop the insidious Court of Owls before they claim the city for their own.
In Shops: Dec 06, 2017
SRP: $34.99
ORDER WISH LIST