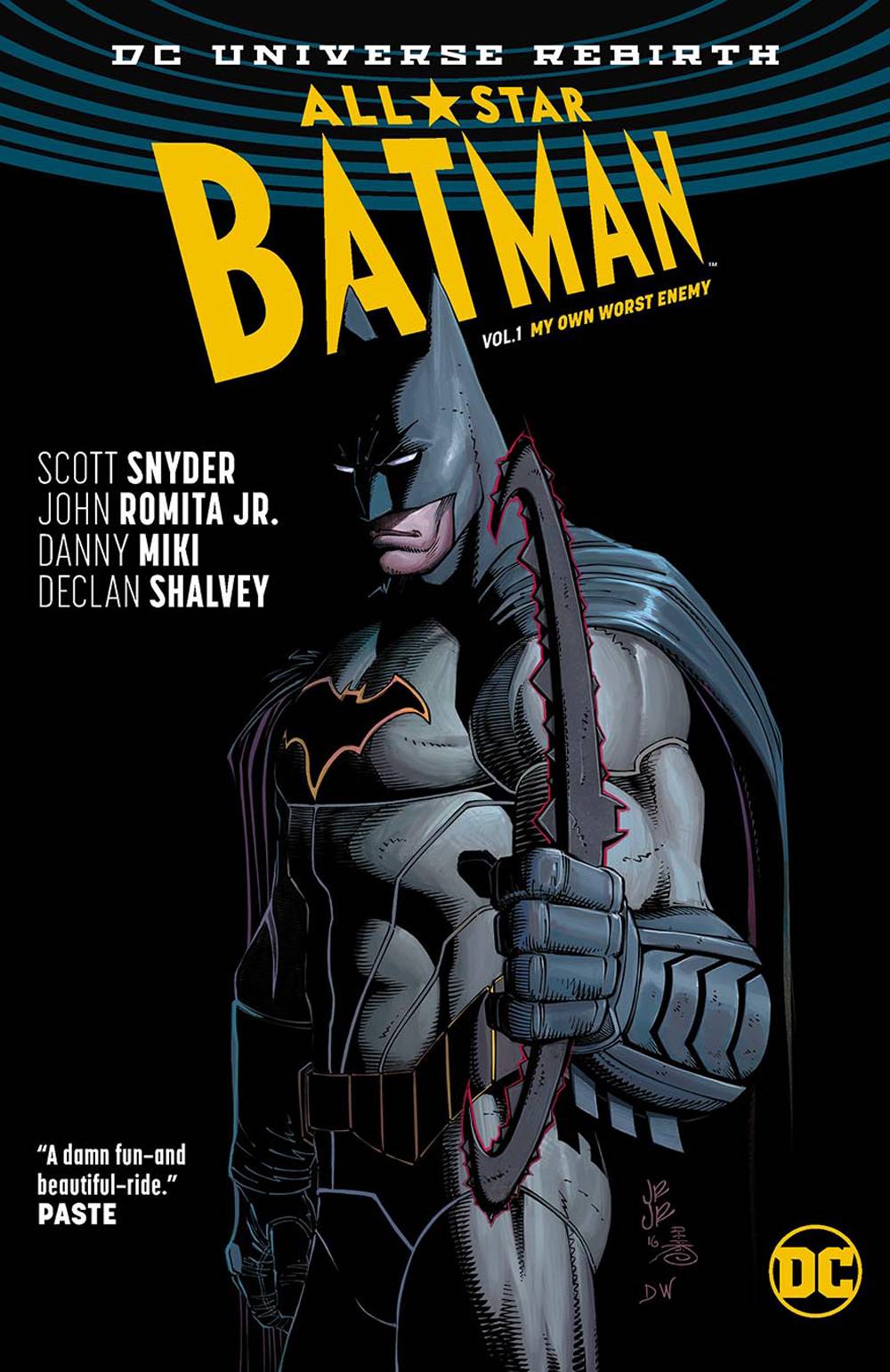 #
JUN170378
(W) Scott Snyder (A) Declan Shalvey, Sandra Hope, Richard Friend (A/CA) John Romita, Danny Miki
Scott Snyder, the #1 New York Times best-selling author of BATMAN, returns to the Dark Knight in ALL-STAR BATMAN! Batman finds himself trying to help his old friend Harvey Dent, a.k.a. the villainous Two-Face! The Dark Knight accompanies his sometime friend on a cross-country trip to fix his scarred face and end the Two-Face identity forever. But when the former Gotham City D.A. sets a plan into motion to free himself, what deadly secrets from the past will bubble to the surface? Collects issues #1-5.
In Shops: Sep 06, 2017
SRP: $16.99
View All Items In This Series