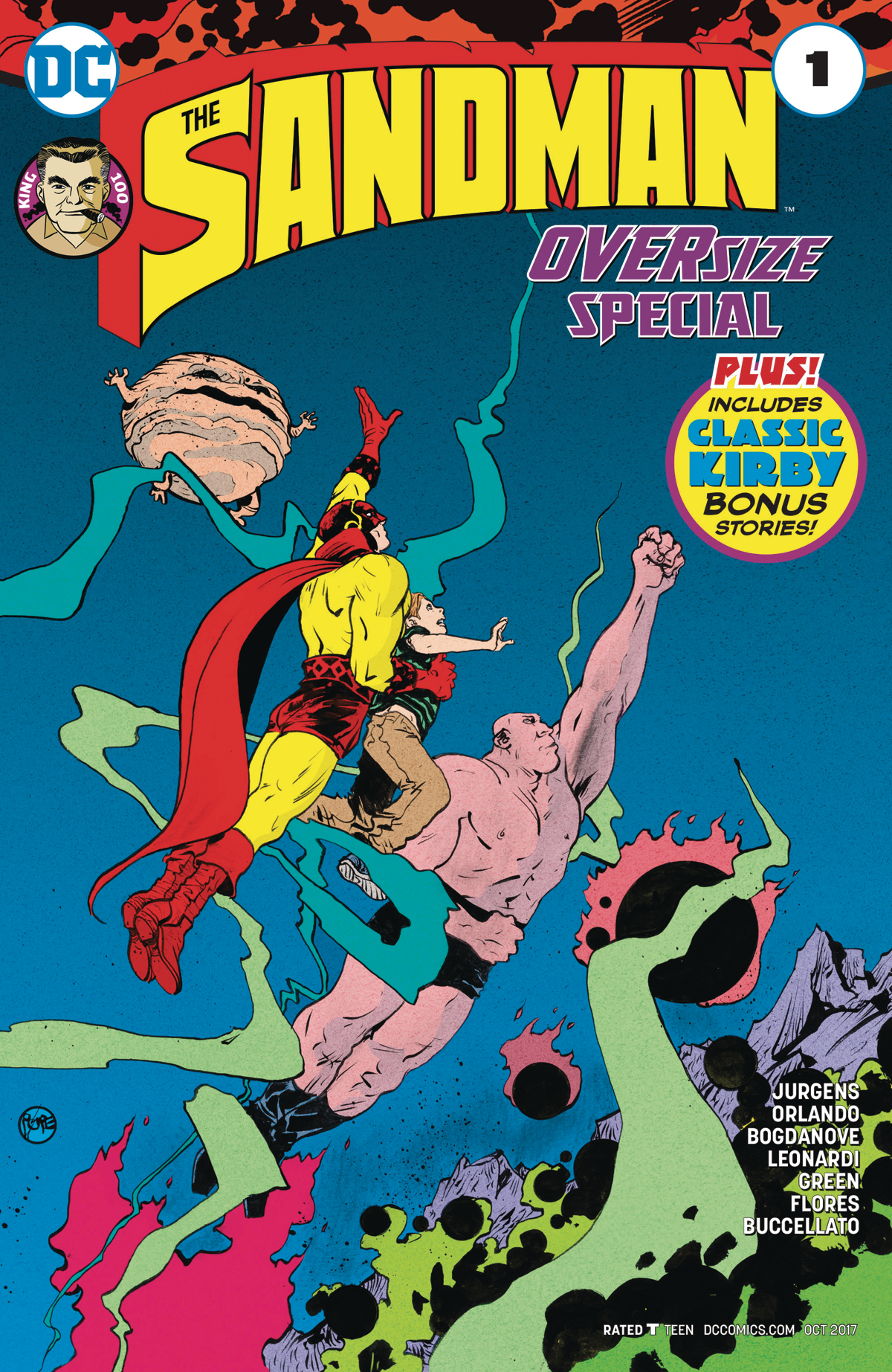 JUN170372
(W) Dan Jurgens, Steve Orlando (A) Jon Bogdanove, Rick Leonardi, Dan Green, Jack Kirby (CA) Paul Pope
Don't miss two new tales starring Jack Kirby's costumed Master of Nightmares from the 1970s. Sandman, Brute and Glob battle an onslaught of dreams so powerful that they are invading the dreams of other people! Then, a grown-up Jed Walker returns to his childhood home, only to find himself haunted by dreams from the past. This issue also includes "Strange Tales from the D.N.A. Project" from SUPERMAN'S PAL, JIMMY OLSEN #142-144, 146 and 148, written and pencilled by Jack Kirby and "Turn on the Heat," starring the Newsboy Legion, from STAR SPANGLED COMICS #27, written and illustrated by Joe Simon and Jack Kirby.
In Shops: Aug 16, 2017
SRP: $4.99