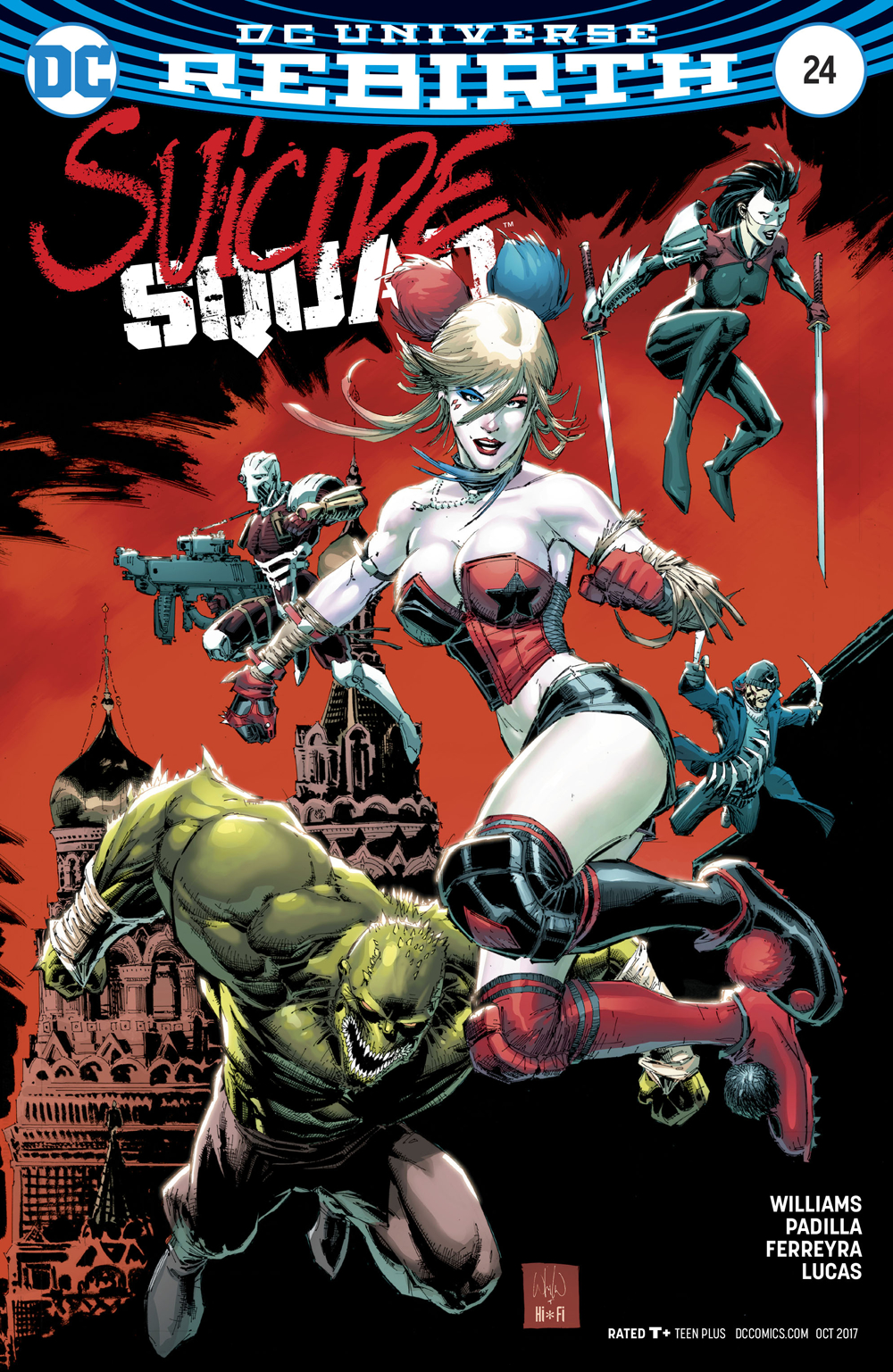 JUN170311
(W) Rob Williams (A) Agustin Padilla, Juan Ferreyra (CA) Whilce Portacio
"KILL YOUR DARLINGS" part four! This is it! The moment SUICIDE SQUAD has been building to since the start of Rebirth! International Suicide Squads descend upon metahuman populations around the world at Amanda Waller's command! As the People's astonishing endgame is laid bare, only the original Task Force X's most dysfunctional members are left to save the world from their own dark imitators.
In Shops: Aug 23, 2017
SRP: $2.99
View All Items In This Series