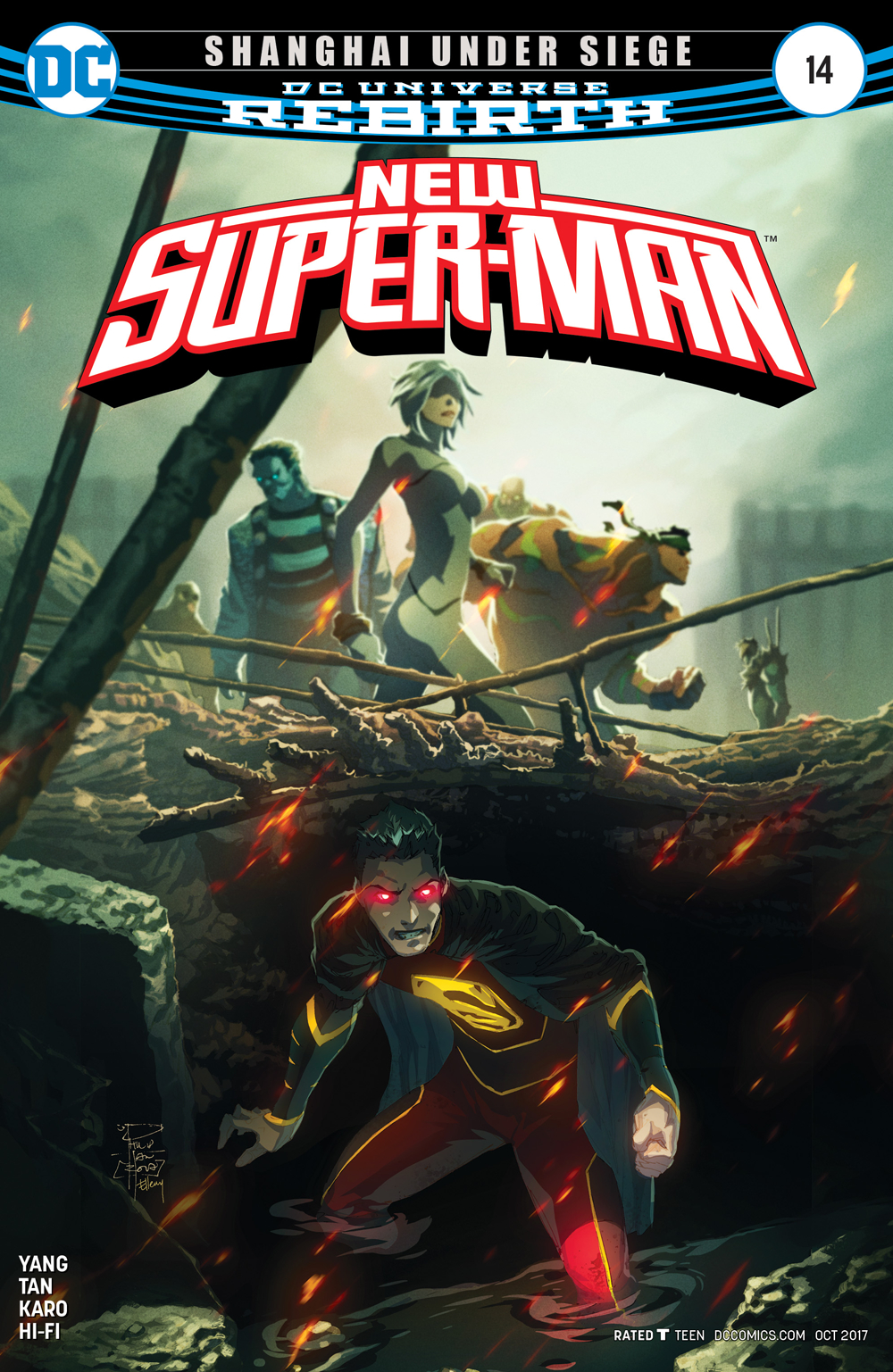 JUN170299
(W) Gene Luen Yang (A) Billy Tan (CA) Philip Tan
"SHANGHAI UNDER SEIGE" Part 2 The Justice League of China retains one final chance to rally its forces and begin a counterattack in villain-occupied Shanghai as Emperor Super-Man conquers the city. As Kenan fights to save his city and its people, a final casualty shakes the young hero to his solid-steel core.
In Shops: Aug 09, 2017
SRP: $3.99
View All Items In This Series