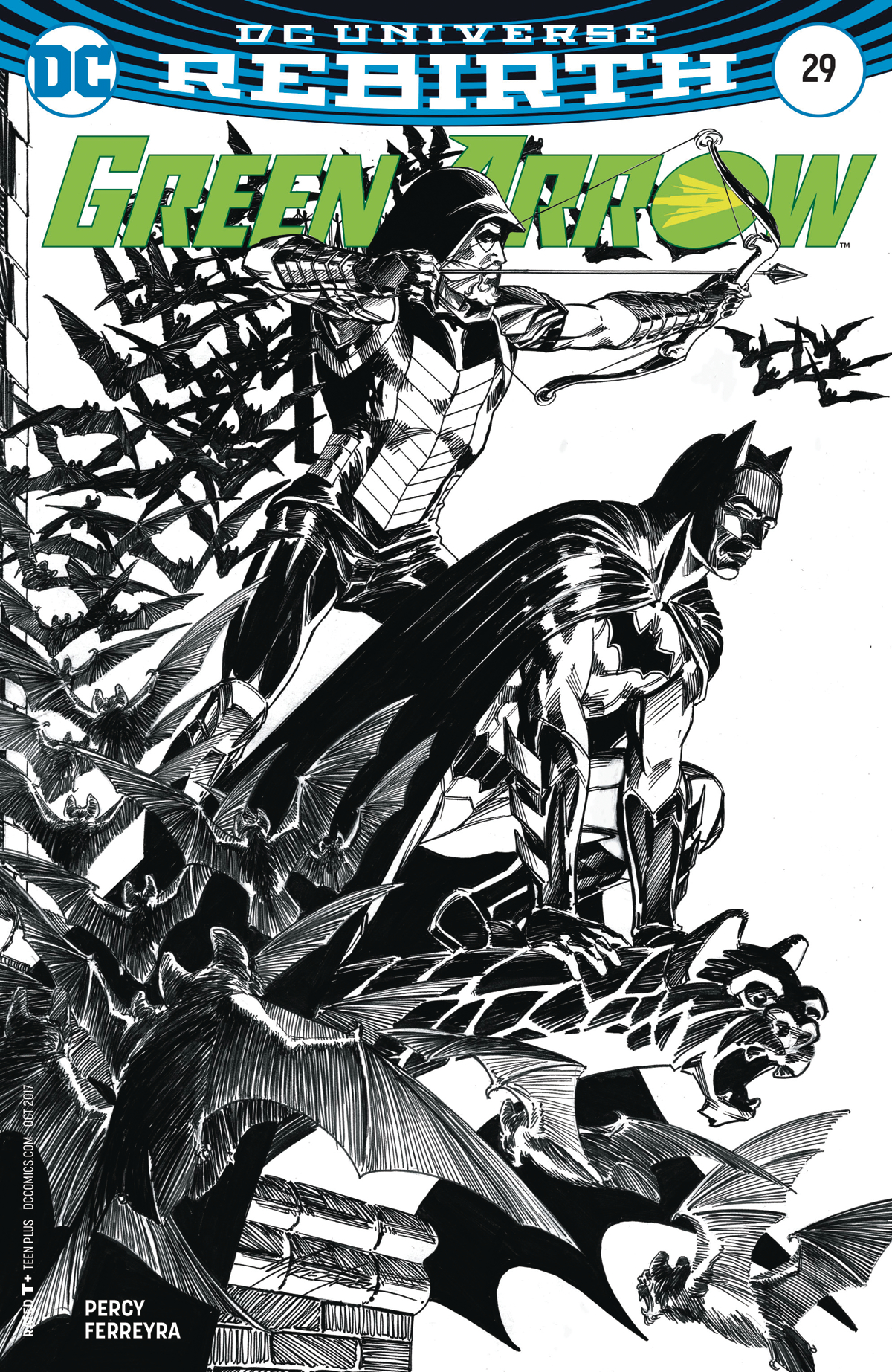 JUN170275
(W) Ben Percy (A) Juan Ferreyra (CA) Mike Grell
"HARD-TRAVELING HERO" part four! Black Canary and Green Arrow's missions converge in two cities at once! Canary's in Seattle, where she's hot on the trail of the Auctioneer, and Arrow's in Gotham City, where Oliver Queen's investigation into human trafficking among the city's elite draws the attention of Bruce Wayne!
In Shops: Aug 16, 2017
SRP: $2.99
View All Items In This Series