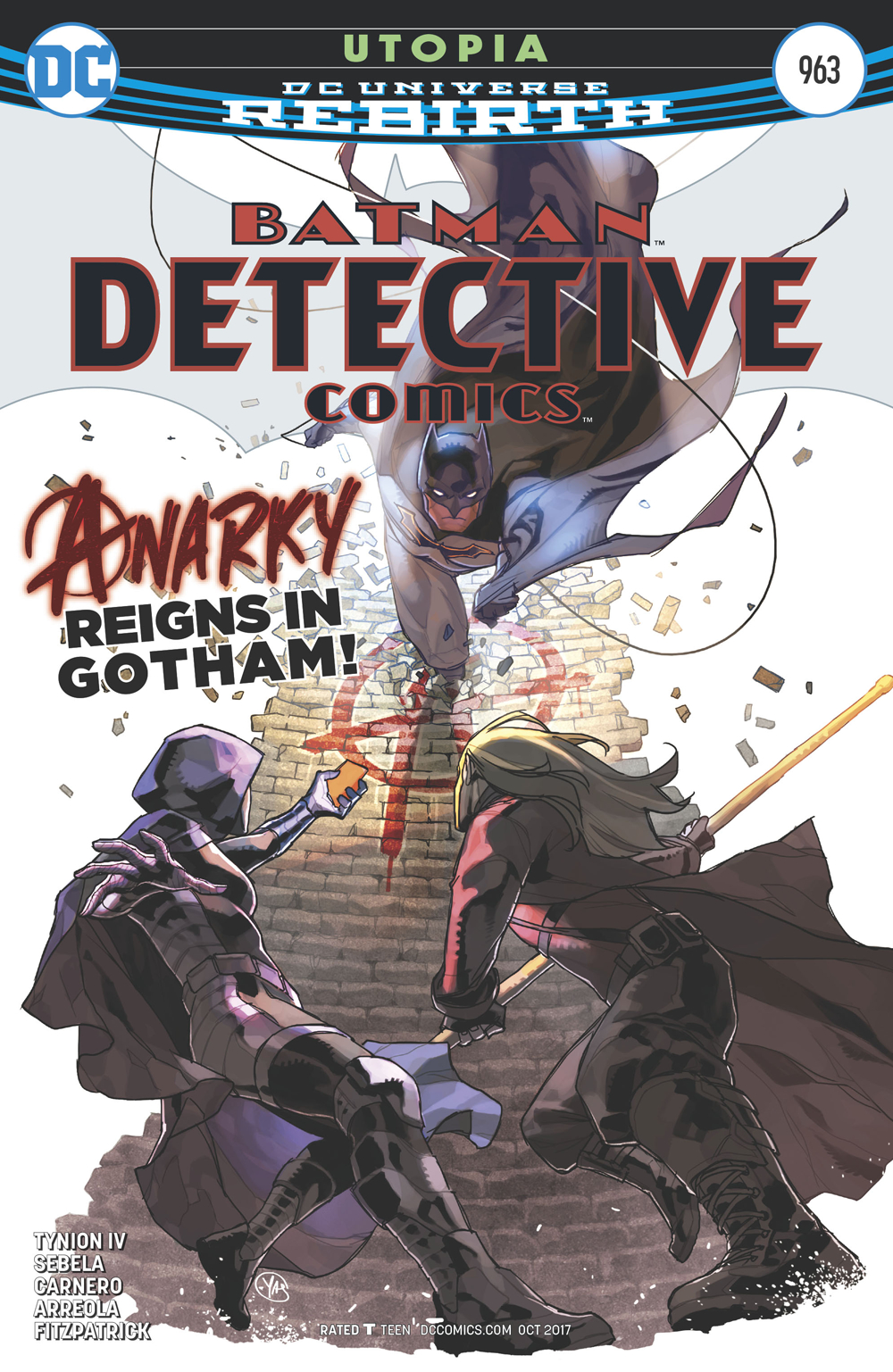 JUN170266
(W) James TynionIV, Christopher Sebela (A) Carmen Nunez Carnero (CA) Yasmin Putri
"UTOPIA" part one! Having exiled herself from Batman's world, Spoiler has nearly destroyed herself trying to expose the corruption of Gotham City's vigilantes. Fortunately for her, help has arrived...but unfortunately for the city, it's in the form of the mysterious Anarky! Is he truly on the side of the people, or is he a dangerous lunatic?
In Shops: Aug 23, 2017
SRP: $2.99
View All Items In This Series