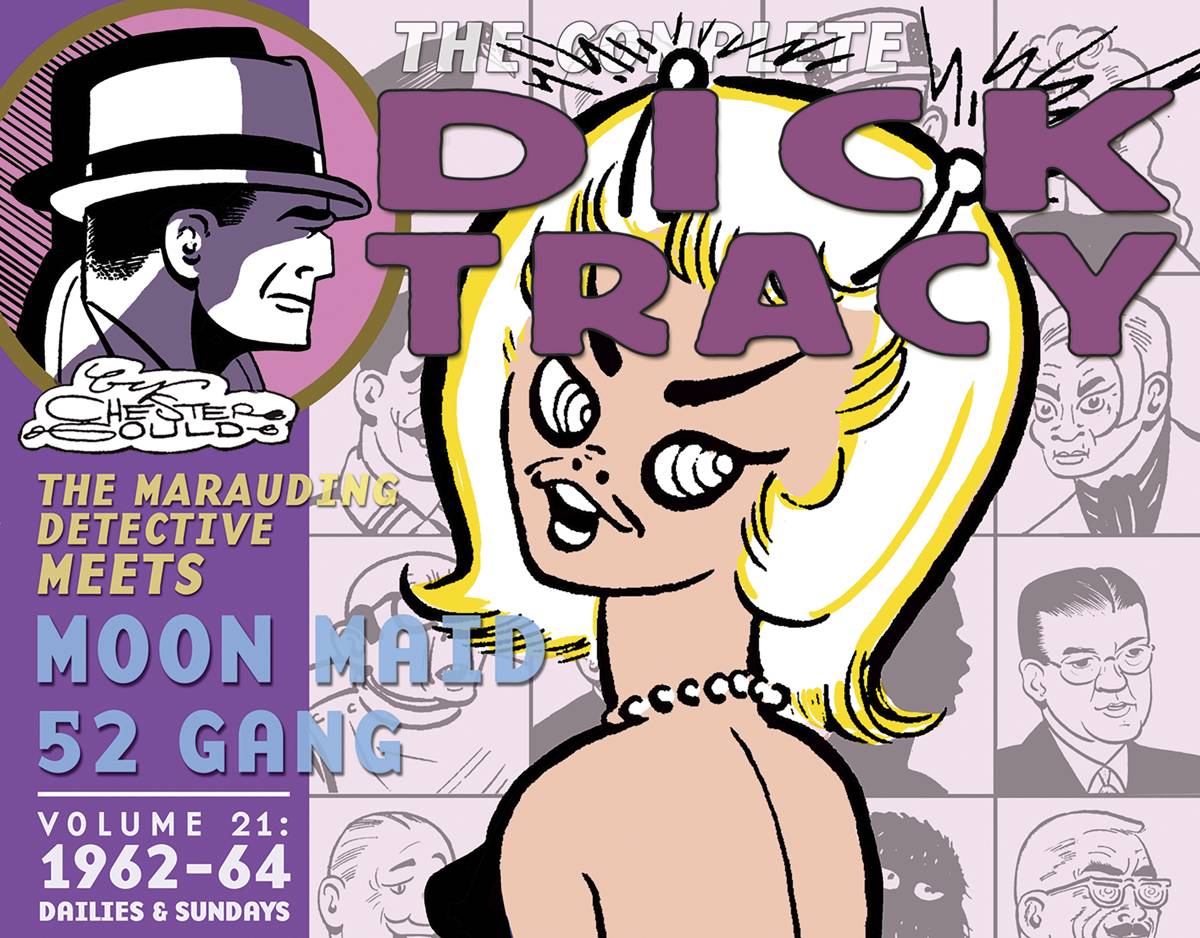 #
JUN168399
(W) Chester Gould (A/CA) Chester Gould
Dick Tracy leaps into the Space Age when Diet Smith's experimental Space Coupe brings back a visitor from outer space! Meet... Moon Maid, the most outrageous character in the strip's entire history. Prior to venturing where no detective has gone before, Tracy deals with some very earthbound-and gruesomely entertaining-adventures, including the use of napalm (!) to flush out a gang of crooks from their hideout. In these strips from August 27, 1962 through April 12, 1964 Tracy mixes it up with the criminal 52 Gang-each named for a card in the poker deck-who have found a novel way to dispose of the corpses of their enemies, Junior is smitten by a girl who literally wants him dead, Sparkle
Plenty falls into the hands of crazed modern artists and their ape accomplice, and (six months before it happened in the "real world") a doctor has perfected heart transplant surgery-but in this case it's on unwilling victims!
In Shops: Jan 18, 2017
SRP: $44.99
View All Items In This Series
ORDER SUBSCRIBE WISH LIST