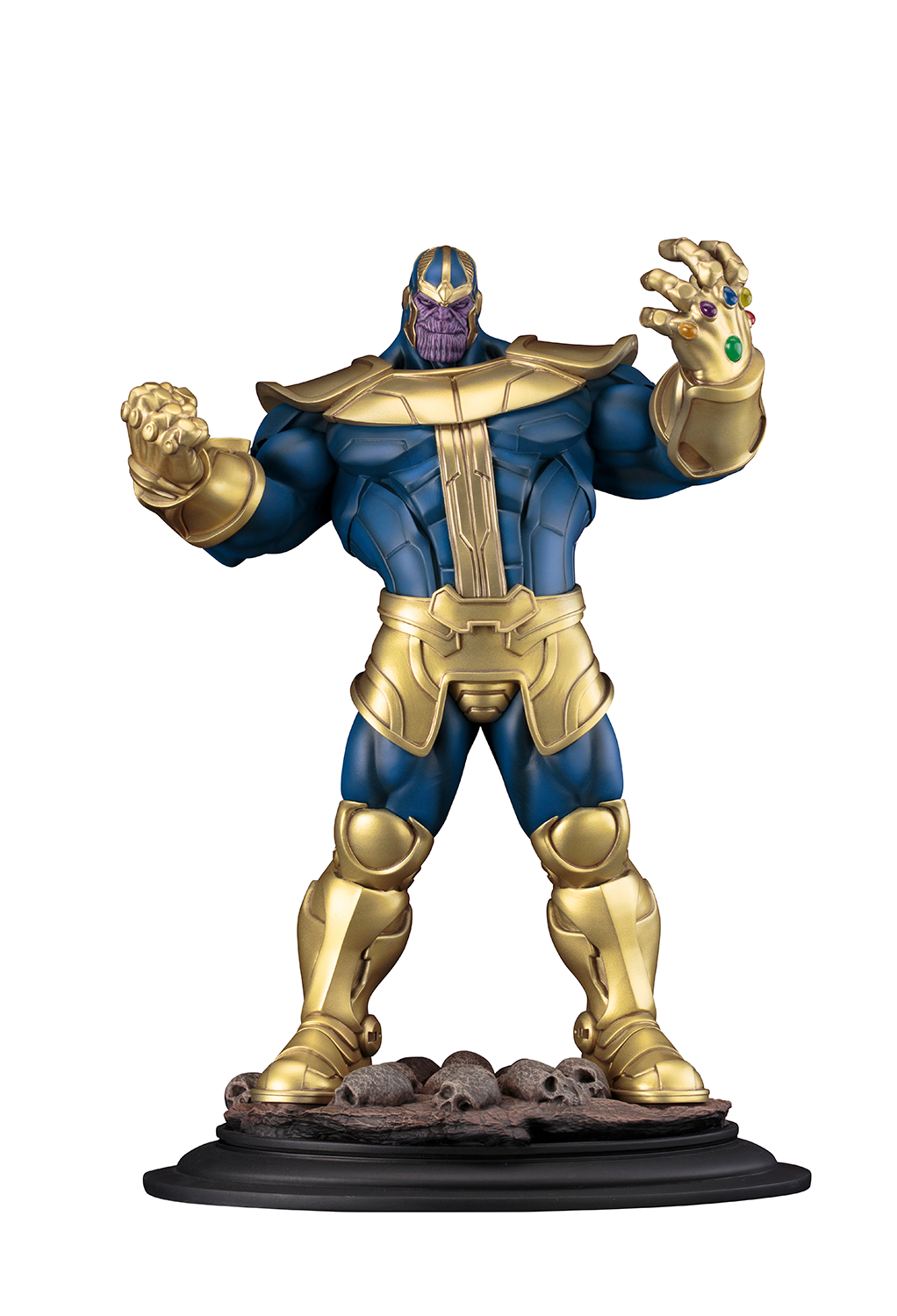 JUN162696
From Kotobukiya! Known as the "Mad Titan," Thanos is a massively powerful alien who first appeared in the pages of Marvel Comics back in 1973 and has been a menace ever since. Over the years Thanos would use various weapons and tools in his quest for Death, but by far the most famous and destructive is of course the Infinity Gauntlet, an all-powerful relic combining the powers of six Infinity Gems.The Mad Titan stands invincible on the battlefield, reveling in his own might as he sweeps away his foes with a clenched fist and the power of the Infinity Gauntlet. His massive frame is garbed in his iconic blue and gold costume, a segmented and reinforced bodysuit with armor plating, huge gloves and boots, a protective skirt, and a wide collar. Thanos stands an incredible 15 1/2" tall in 1/6-scale as he poses on the skulls of his defeated enemies. Guaranteed to make a big impact in your collection, this Fine Art Statue is the quintessential collectible of the iconic Marvel villain.