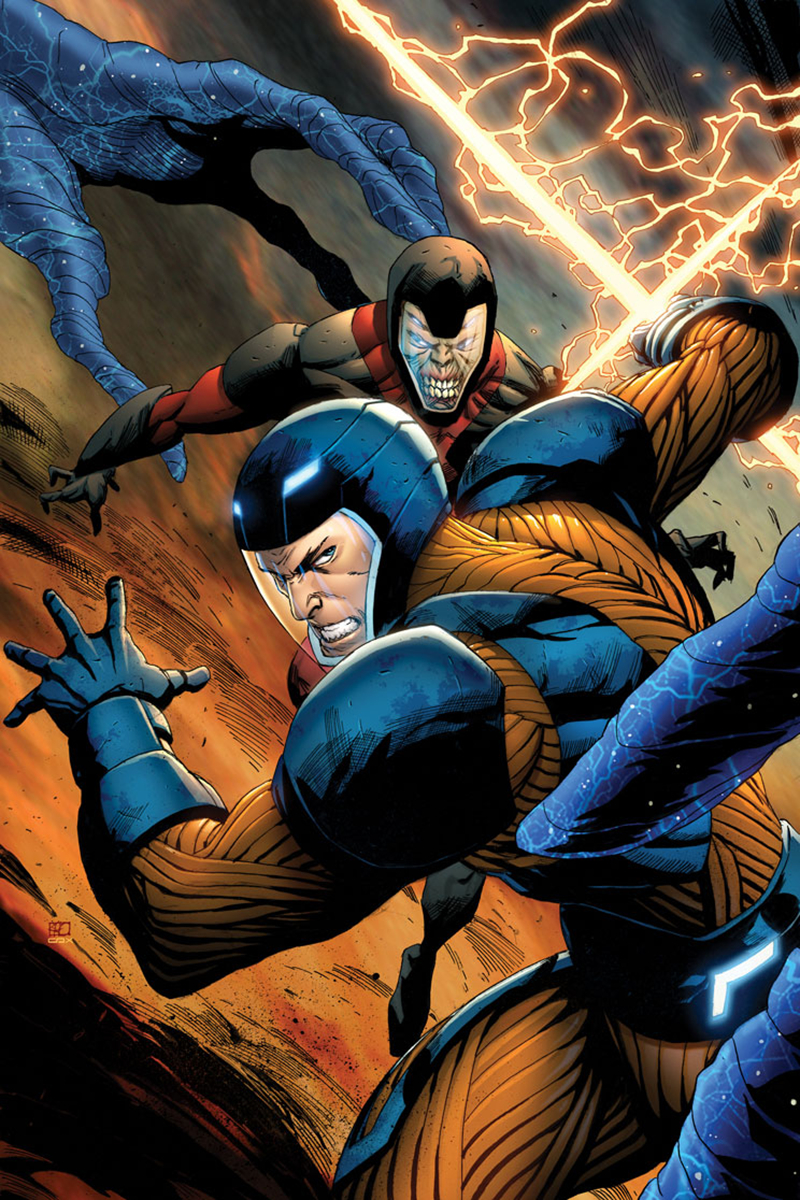 Witness the last stand of Earth's greatest champion, X-O Manowar! With the world besieged by the Torment, Aric of Dacia has united his bravest allies and fiercest enemies for a last ditch effort to avert armageddon. But will even their combined strength be enough against the seemingly infinite powers of this
unfathomable cosmic race?

Plus: The X-O MANOWAR #50 COUNTDOWN GIVEAWAY continues right here! Each issue of "LONG LIVE THE KING" comes bagged with one of 50 micro-prints - featuring artwork from a who's who of comic superstars - or even one-of-a-kind original art!
In Shops: Aug 31, 2016
SRP: $3.99
View All Items In This Series
ORDER WISH LIST