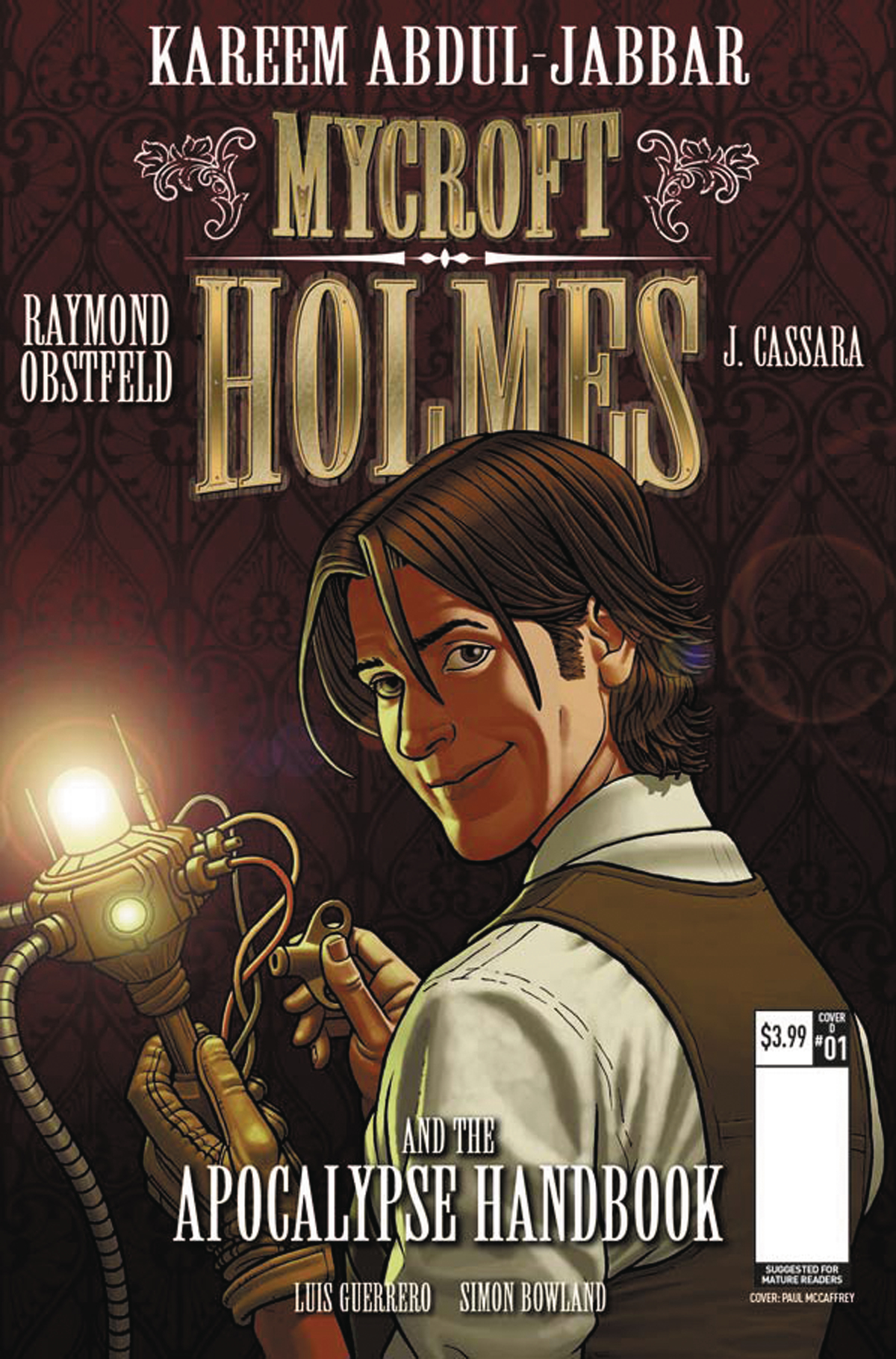 JUN161806
(W) Kareem Abdul Jabbar, Raymond Obstfeld (A) Joshua Cassara (CA) Paul McCaffrey
Basketball legend, novelist, and superstar polymath Kareem Abdul-Jabbar brings his take on Sherlock Holmes' older brother to comics at last! An all-new adventure set in the world of the bestselling Mycroft novel, The Apocalypse Handbook sees the diffident, brilliant Mycroft pulled into a globe-spanning adventure at the behest of Queen Victoria and a secret organization at the heart of the British government. A madman is on the loose with civilization-destroying weapons, each two hundred years in advance of the status quo. Can the smartest man in England set aside his idle, womanizing ways for long enough to track down the foe that may be his match?
In Shops: Aug 03, 2016
SRP: $3.99
View All Items In This Series
ORDER WISH LIST