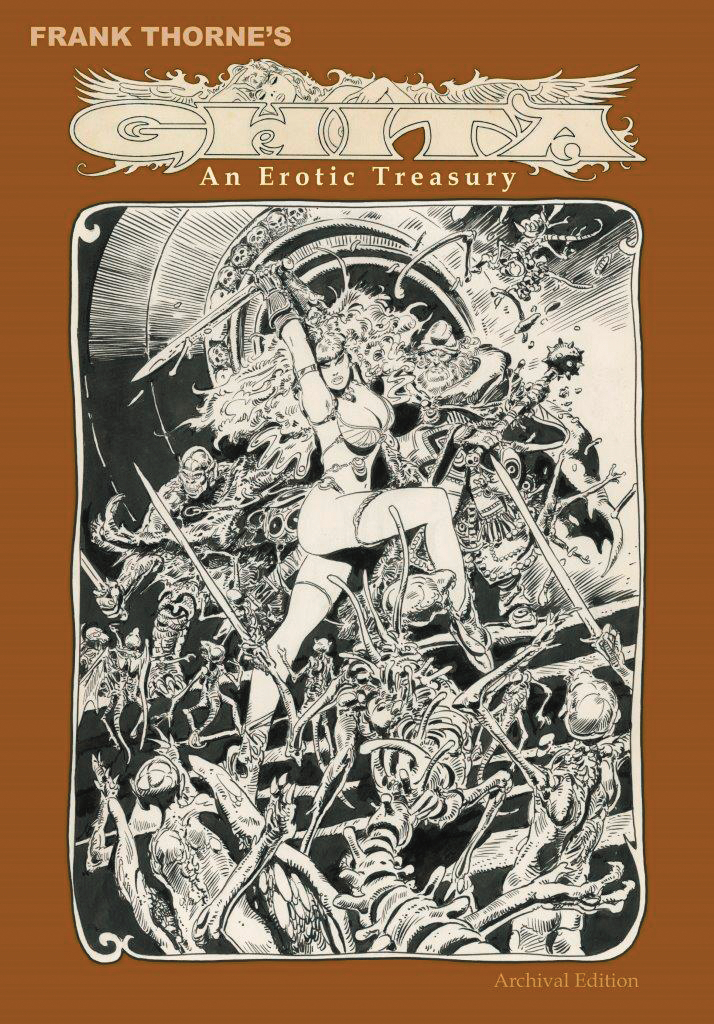 JUN161582
(W) Frank Thorne (A/CA) Frank Thorne
In 1978, fresh off his run on Red Sonja, Frank Thorne went on to create the lusty warrior-goddess, Ghita. Imbued with the spirit of a mighty general, she would lead a rag-tag band against bloodthirsty armies, and along the way get in some tumbumping. This initial volume showcases some of Frank's earliest art of Ghita including her first appearance in the erotic epic "Ghita of Alizarr," early character designs, unproduced movie storyboards, the Wizard and Warrior Women portfolio, pin-ups, and covers. This oversized edition, measuring 15" x 22", presents Frank's artwork full size, as originally drawn. Also available in a signed edition, limited to 125 copies.
In Shops: Jan 10, 2018
SRP: $129.99
View All Items In This Series
ORDER SUBSCRIBE WISH LIST