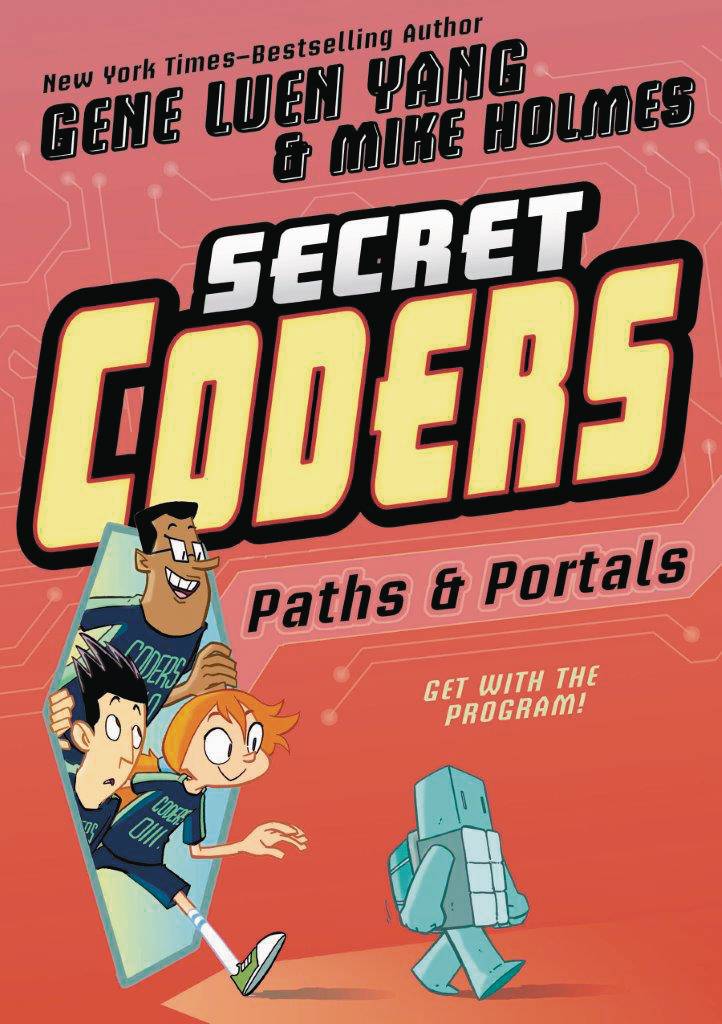 #
JUN161520
(W) Gene Luen Yang (A/CA) Mike Holmes
Stately Academy is just crawling with mysteries to be solved! In the last volume, Hopper and Eni discovered a robot in the supply closet and programmed him to do mischief. Now they're trapped in an underground lair, and they must use their new programming skills to escape. Paths & Portals offers more of the same high-stakes adventure and real-world coding instruction. The Secret Coders series is an exciting new direction for Gene Luen Yang, one of the most popular creators in children's comics.
In Shops: Aug 31, 2016
SRP: $10.99
View All Items In This Series
ORDER WISH LIST