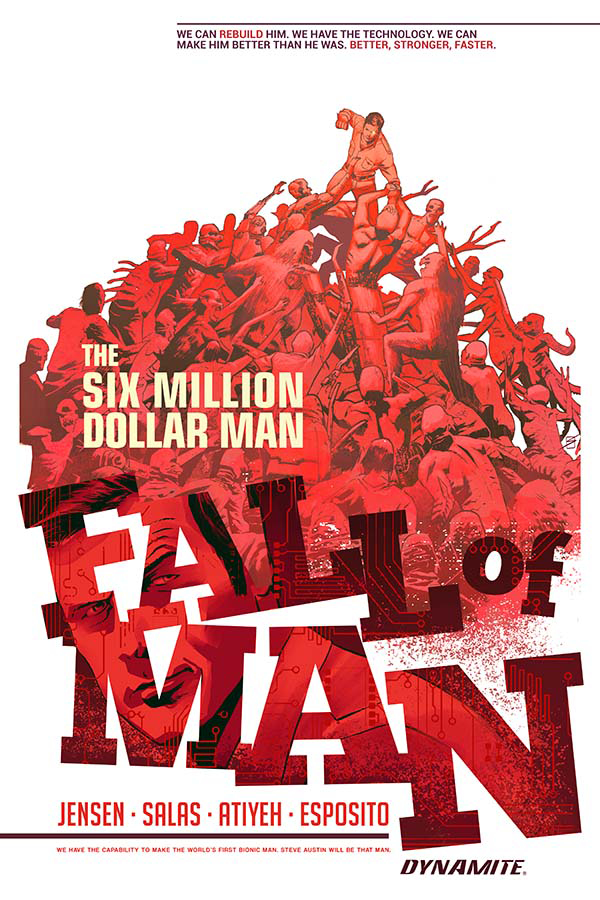 JUN161414
(W) Van Jensen (A/CA) Ron Salas
Billionaire technologist Mick Gentle has promised to restore Steve Austin's humanity, but there's a catch. To remove Austin's bionic parts, Gentle needs a Soviet device held in a top-secret base in East Berlin. But the Berlin Wall is just the smallest hurdle, as Austin squares off against enemy agents, killer robots, and mutant creatures birthed of the maddest mad scientists.
In Shops: Aug 10, 2016
SRP: $3.99
View All Items In This Series