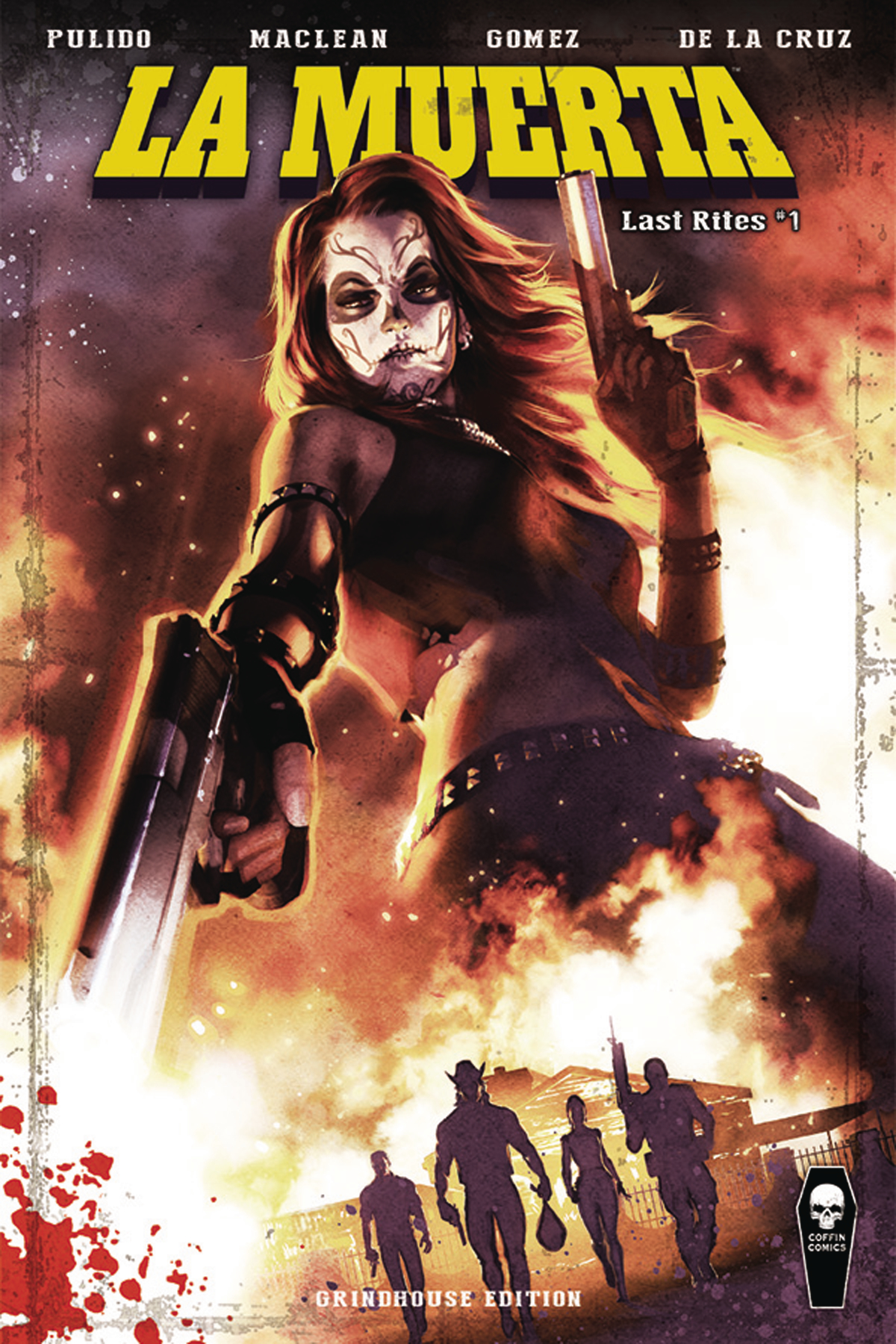 JUN161357
(W) Brian Pulido, Mike MacLean (A) Joel Gomez (CA) Alex Ronald
Features 48 pages of story & art!  Maria Diaz has adopted the guise of "La Muerta" in an effort to dismantle the Zavalas, a kill crazy, occult-obsessed crime cartel that murdered her family in cold blood. In this epic conclusion to La Muerta's origin, Maria's crusade to avenge her family appears impossible as the nefarious Mama Z tightens her grip on the city. Can one woman defeat an entire crime cult? What will be the cost to her fragile humanity?  Also - La Muerta vs. Mama Z, the final confrontation! Count on plenty of blood and bullets.
In Shops: Aug 31, 2016
SRP: $7.99
View All Items In This Series
ORDER WISH LIST