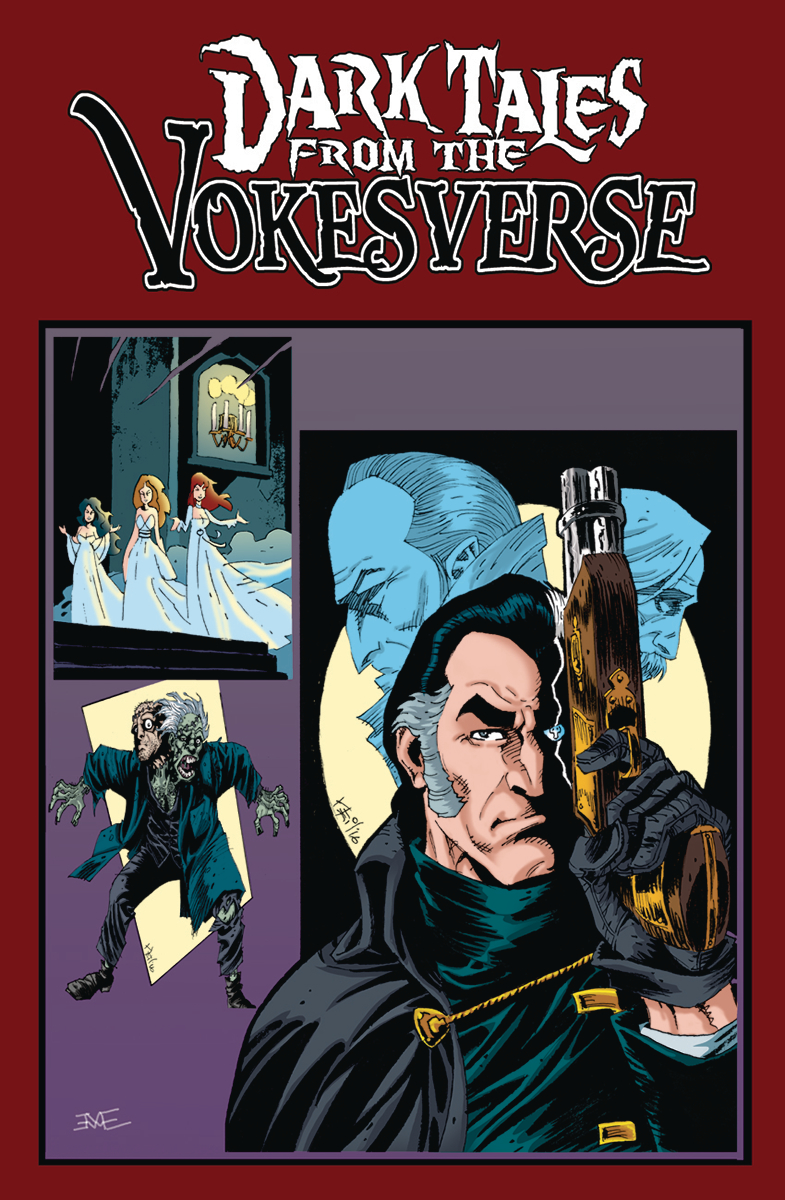 JUN161096
(W) Robert Tinnell, Todd Livingston, Jack Herman, James R. Tuck, David Zuzelo, James Kuhoric (A/CA) Neil Vokes
Neil Vokes has been illustrating comic book nightmares for over three decades.  Now his classic blood drenched creations are being unleashed in an incredible universe of monsters and mayhem!  Join a virtual army of horror writers who each bring a new vision of fear and fright to the forefront of the Vokesverse - including: Robert (Black Forest) Tinnell, Todd (Wicked West) Livingston, Jack (Eagle) Herman, James (Freddy vs Jason vs Ash) Kuhoric, James R. (Blood & Silver) Tuck, & more!  In addition to six frightful new and classic stories, we also dig up a 30 year old classic that has lived in shadow and rumor since the mid-eighties - beware the Falconer has returned!  These first fright-filled chapters will spin out into new series to terrify the unwary reader.  Get on board now and experience the horror!
In Shops: Sep 21, 2016
SRP: $4.99
View All Items In This Series
ORDER WISH LIST