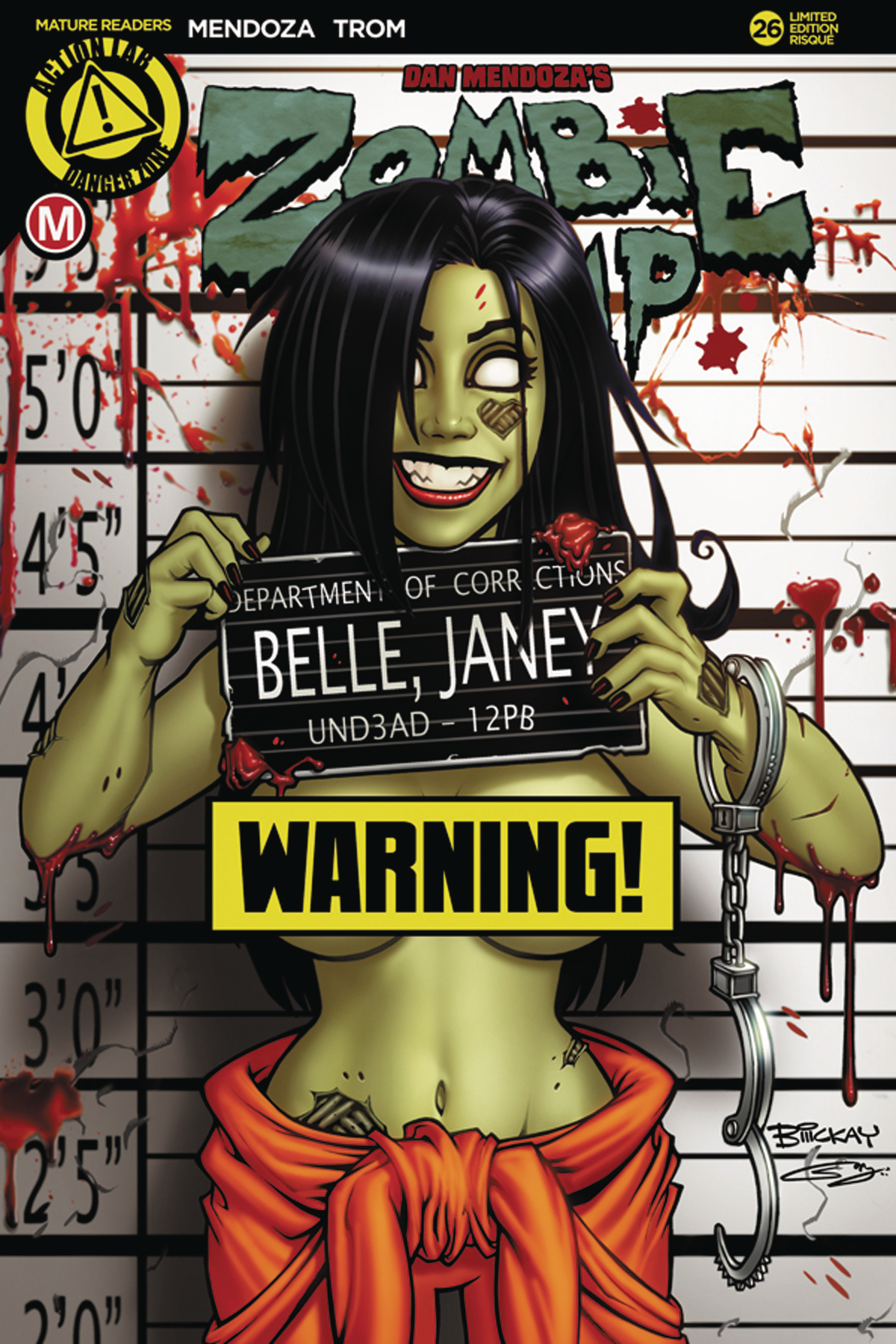 JUN161054
(W) Dan Mendoza (A) Marcelo Trom (CA) Bill McKay
After her ordeal fighting demons, both physical and emotional, Janey makes an effort to regroup and keep a promise she made to herself-busting her father out of prison! Can Janey slip by the guards and make a quick escape? Well, if you've been reading Zombie Tramp for the last two years, you know that probably won't happen! Variant covers limited to 2,000, Variant "Risque" covers limited to 2,500 copies each.
In Shops: Aug 31, 2016
SRP: $4.99
View All Items In This Series
ORDER SUBSCRIBE WISH LIST