MONTY THE DINOSAUR #1 CVR B DONOVAN 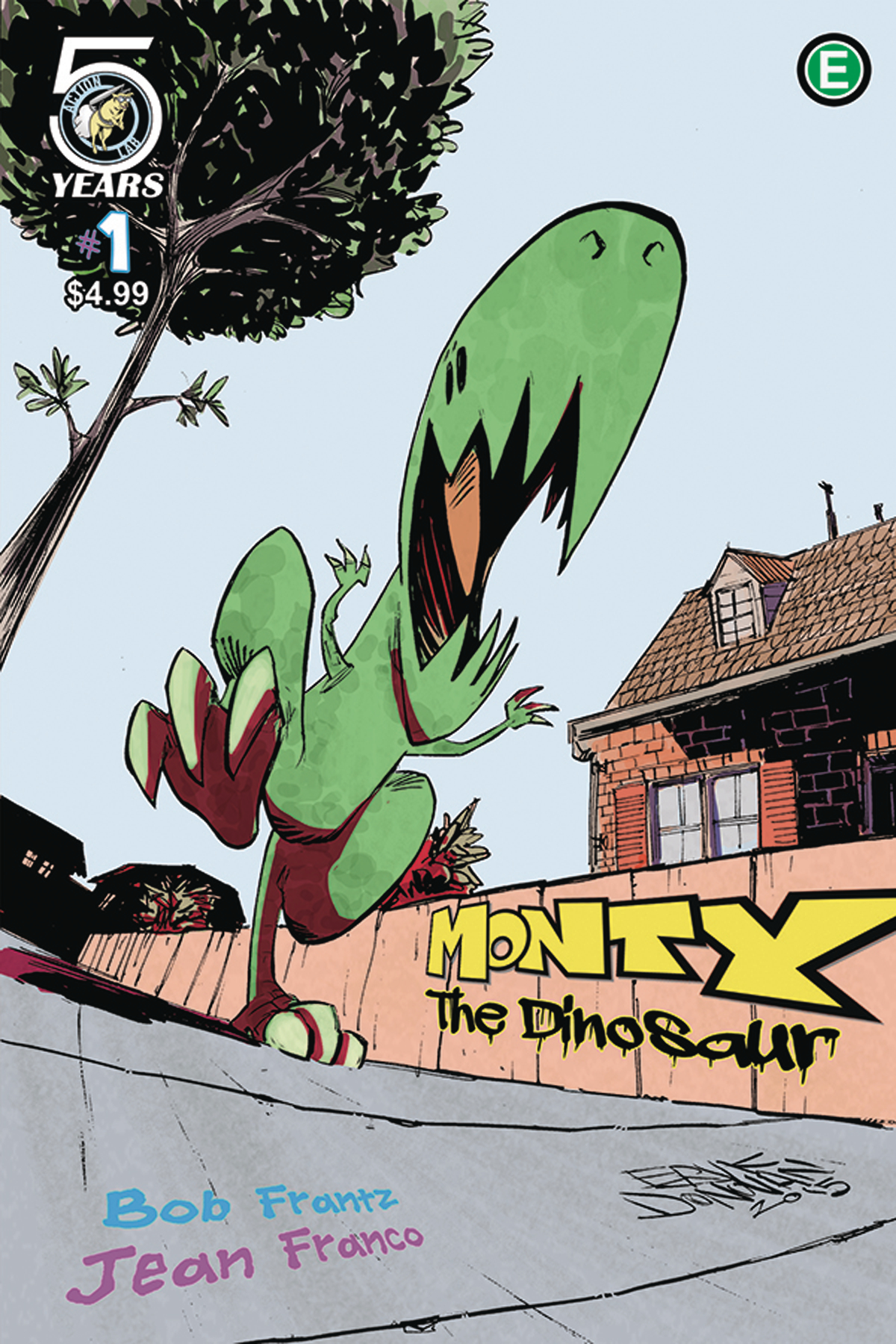 JUN161012
(W) Bob Frantz (A) Jean Franco (CA) Eryk Donovan
For millions of years he has walked among us in the shadows--Monty, the last living dinosaur! The first million or so were okay, but now Monty is lonely.  He wants a friend. He has tried and tried, but no one will play with him. He is a terrifying T-Rex, after all. Enter Sophie, a ten year old girl that likes people for who they are. Follow the unlikeliest of friendships in Action Lab's newest hit all-ages series, Monty the Dinosaur!
In Shops: Aug 31, 2016
SRP: $4.99
View All Items In This Series