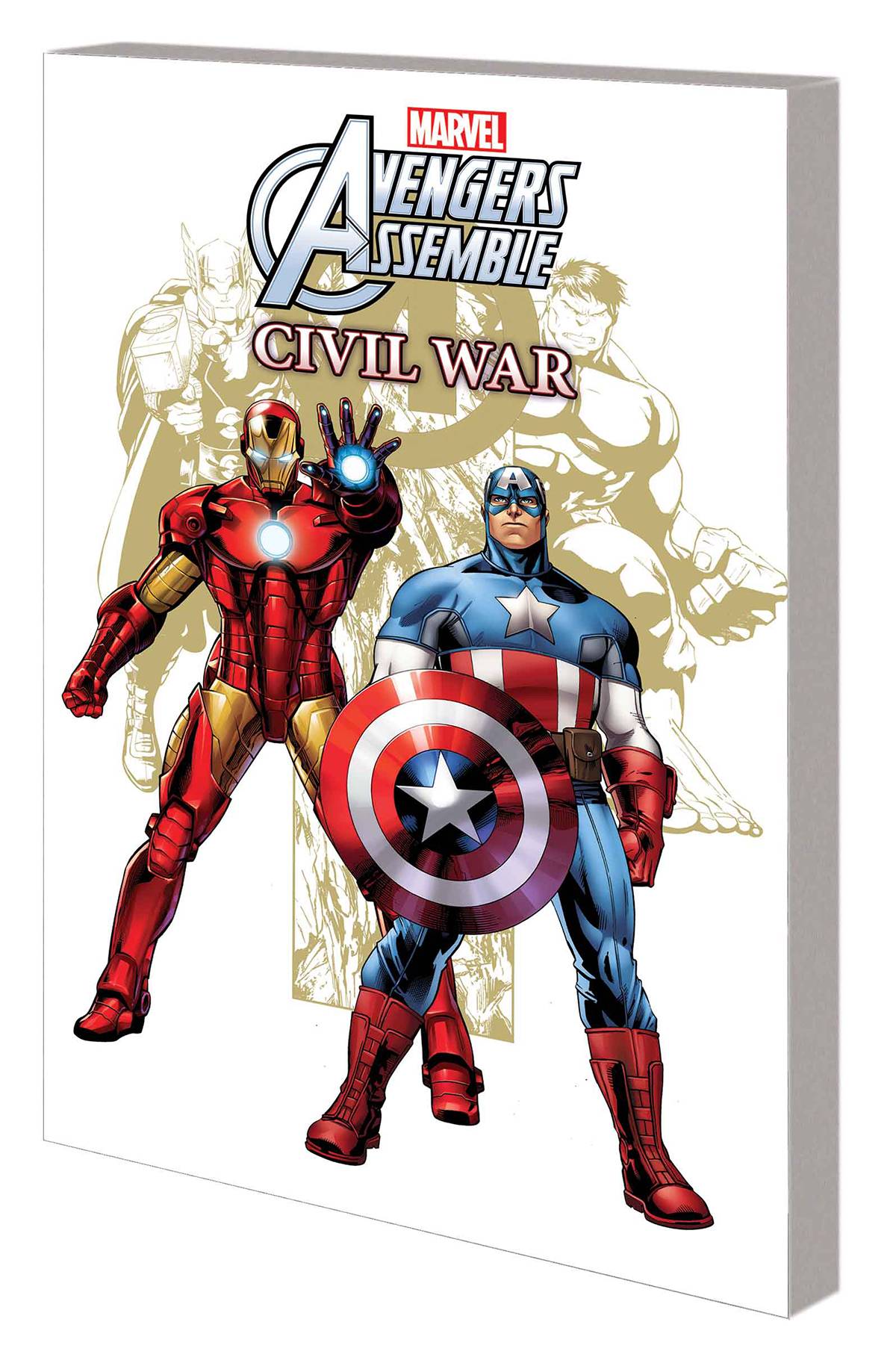 #
JUN160985
(W) Joe Caramagna (A/CA) Various
Featuring screen-capture images from MARVEL'S AVENGERS ASSEMBLE: SEASON 2
It's Avenger vs. Avenger as Earth's Mightiest Heroes are torn apart! But what terrible secret could turn Captain America against Iron Man? As Ultron strikes, Avengers Tower is destroyed, and teammates begin to line up behind these feuding figureheads, it's time to choose: Whose side are you on? When it's revealed that S.H.I.E.L.D. isn't everything it appeared to be, the Avengers will learn that divided, they fall! The team must reunite to save the world from ultimate destruction, but can Captain America and Iron Man put aside their differences before Ultron makes his final move? Collecting MARVEL UNIVERSE AVENGERS ASSEMBLE: CIVIL WAR #1-4.
All Ages
In Shops: Aug 31, 2016
SRP: $9.99
ORDER WISH LIST